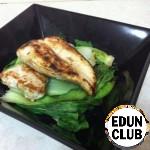 At the time, Cohen criticized the Dukan diet, proving that it is dangerous to health (for which he was summoned to court and there defended his opinion — Dukane failed to refute the arguments of Cohen). Himself Jean-Michel Cohen (French dietitian) for over 30 years dealing with the problems of excess weight and the influence of food on the human body. One of his theories was even awarded the state order "For merits". The doctor has written several books – they were translated into various languages and have always been interested.

Cohen is a practicing physician. He advises patients with obesity (including online). On his website he gives individual advice on the preparation of the diet. Because the doctor always sought to help the greatest number of people, it has created online programs to help you lose weight. Initially, it existed only in French (the program was released in 2007). 6 years later appeared the English version. According to surveys, the program was used by about 500,000 people. Not less interesting is the technique of correction of the weight stated in the book. So what is the diet Dr. Cohen's?

The principles of diet and nutrition advice

Diet Parisian women presented in the book Cohen, with optimal nutritional balance. It is based on several principles.

• the Interactivity or the dialogue principle

the author of the diet offers learn to regulate their eating behavior. You don't have to adjust the body under the diet. The eating plan need to be on their own, given their own needs and preferences (it is important to observe the optimum caloric intake).

the author of the diet insists on observance of balance of nutrients, and also draws attention to the fact that hunger should not be. Cohen believes that during the processing of food energy, contributing to weight loss. While overeating is still not worth it. Cohen suggests to pay attention to fruits and vegetables – they are low calorie, but perfectly fill the stomach.

• Save the usual principles of nutrition.

Cohen suggests to abandon the radical change of diet.

• Control the process of weight loss.

Cohen suggests regularly weigh and measure waist and hips. The data obtained should be recorded in the diary – this will allow you to maintain the "fighting spirit".

From the food we have to enjoy (not necessary to completely abandon your favorite foods – from time to time need to indulge).

• the Mode and rules of power

you need to Eat, without being distracted by extraneous actions (reading, watching TV and other "pleasure" at the dining table excluded).

it is Important to follow the regime ("foreign" snacks banned). In order to limit the amount of portions, it is necessary to take a small dishes. Throughout the day, Cohen recommends that you drink enough non-carbonated water. The food is better to cook at home – semi-finished products should be excluded. In the book by Cohen contains many useful recipes.

• Breakfast: a warm beverage substitute for sugar or orange juice and 30 grams of corn bread, 10 g butter, 125 ml low-fat yogurt
• Dinner: salad of radishes, 100 g of spaghetti, a portion of eggplant with the tuna, melon (about 300 g of flesh)
• Dinner: 150 grams of salad of cucumbers and tomatoes with a dressing of low-fat yogurt, 100 g of boiled meat, 250 g of steam vegetables (green beans and carrots), 125 ml low-fat yogurt and half of a grapefruit.
• Snacks: fresh fruit and vegetables

The pros of the diet

What attracts the diet Cohen? This technique allows you to eat diverse – there is no hard limit (even alcohol and fast food from time to time is permissible). Menu you can make completely independently. Diet does not violate the metabolism, does not increase cholesterol, provides long-term results (weight is usually not returned).

Diet proposed by Cohen, is the most positive reviews. There are no strict limits, not curtailed, the proportion of any element (only need to control the calorie content).