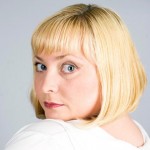 Change the figure "beauties" nurses from the "Interns" did not go unnoticed — diet Svetlana Permyakova causes a rapid interest. About how thin charming actress, we invite you to learn.

it is Worth noting that she lost weight twice. Until 2011, our heroine did not feel the desire to change her figure – she felt quite comfortable. But there came a point when the reflection in the mirror forced her to reconsider their attitude to excess weight. Svetlana suddenly realized: the growth of 165 cm weight 94 kg shouldn't be acceptable.

the First stage of weight loss started with a visit to a chiropractor friend. Three times a week she would go to him for massages, and besides, sitting on a strict diet. During this period, Permyakov was eating lean meats and vegetables and ate it "tiny" portions.

Our heroine had to give up milk and go with fat-free yogurt. Chocolate, sweets, pastries are gone. The selection of fruit was limited to grapefruit and green apples.

Two and a half months of hard work took 16 kg of excess weight. To celebrate, Permyakova bought new clothes, but to enjoy the victory did not – it soon became clear that the actress and her common-law husband Maxim with child.

During pregnancy, Svetlana was still holding himself in his hands – she followed the diet. After birth, all good intentions have vanished – our heroine was fond of tea with milk, buns, biscuits and other forgotten pleasures. Needless to say, this is reflected in the figure – Svetlana newly gained weight to the former. Here came the second stage of weight loss.

the Second stage of weight loss Svetlana Permyakova started with enticing promotions of the magazine "StarHit" — along with several participants (Catherine Strizhenovoj, Alla Dovlatova and Natalia Molochkovo) she was asked to take part in the project aimed at losing weight. To help participants of the project held in the period from 1 March to 1 June, volunteered with the best specialists — nutritionists, fitness trainers, beauticians.

Permyakova decided to lose weight again she will already fashioned way: diet, massage and SPA treatments, lifting and wraps (with a large excess of the weight restriction in the diet should always be combined with procedures on the skin).

Active sports during that period she was not able, at the same time, it lacked. However, the Permyakova there was a natural "simulator", not giving to relax – daughter Varya (the actress did not part with the beloved child, even on the stage, fortunately, she had help – a cousin and beloved man).

According to the Permyakova weight loss promoted walking and ascent and descent of the stroller on the stairs, as you know, takes a lot of energy. But when they had a free moment, our heroine with the great pleasure visited the swimming pool – exercises in water are transferred much easier, as the joints do not suffer from overloads.

In pills and teas for weight loss our heroine didn't believe the weight loss should be gradual and natural. On the advice of a dietician, our heroine has moved to a low-carb diet — she refused to high-calorie dinners, sweets, pickles, pastries and fatty foods, and again switched to the lean protein foods and vegetable dishes.

As you can see, diet Svetlana Permyakova for weight loss has no clearly defined menu – the actress simply refused from harmful eating habits (as seen from reviews of slimming, with a large overweight the pounds go away quickly enough). Adherence allowed the Permyakova three months to achieve my goal of 16 kg is gone, and now our heroine firmly decided not to take positions.