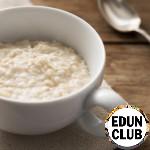 Briefly about the benefits of diet

Diet called a Feather is based on barley porridge. Why is it useful? Barley is considered a dietary product. Cereals contains proteins, fats, carbohydrates, fiber, starch, saturated and unsaturated fatty acids. It contains vitamins (B1, B2, B5, B6, B9, E, PP) and minerals (sulfur, calcium, magnesium, phosphorus, iron, etc.). Thus, grains are a real concentrate of nutrients. Barley perfectly nourishes, but does not start body fat (if you do not use oil). A diet based on wholesome grains cleanses the body and improves the appearance (Krupa stimulates the production of collagen, improves tone of the skin, to improve the condition of hair and nails). Another big plus of the diet – barley does not cause allergies.

the Diet invented by an ordinary woman named Irina, she had a serious problem with excess weight and in addition, also suffered from food allergies. Desperate to lose weight to "General" diets, the girl created her method of weight loss and have a basis for those products that did not cause her allergies. Initially diet menu a Feather, there were only 3 products: barley porridge, yogurt and fish low-fat varieties. This diet was approved by the gastroenterologist, but with a small addition – specialist is suggested to enrich the menu cabbage. Our heroine began to adhere to their own diet and really managed to lose weight (in 3 stages she lost 35 pounds overweight). The first phase lasted 20 days, the second 21 days and last 7 days. Not surprisingly, a happy husband called emaciated wife, the Feather is the symbolic name was assigned to the diet.

the Optimal duration of this diet is 7 days, if you want, you can lose weight gradually, as did the author. The main product is barley. To prepare the porridge 100 g of dry groats wash in the evening and cover with water (it is better to utilize a thermos, keeping the optimal proportion of 1 tbsp. grains to 1 quart of water). In the morning replace the water and boil the porridge. Do not add fat, salt use to a minimum. Divide porridge into 5 portions.

Liquid diet presented to unsweetened tea and water without gas.

This diet quickly carries away the pounds – on the one hand is an advantage (who among us does not want as soon as possible to lose weight?), and disadvantage (rapid weight loss makes disorder in metabolic processes, harmful to health). The second important point: the barley – porridge for everybody. If fresh is tasty enough, already the next portion will seem dry ('ll agree to cook porridge 5 times a day, hardly anyone wants). The product range is very limited – during the week to eat only fish, porridge, cabbage, and kefir is very difficult.

Diet of Fluff is contraindicated in the propensity to constipation, as well as in the case of individual intolerance to the components menu.

This diet rave reviews, but only in terms of performance. But the easy passage raises serious criticism – many do not stand up to a diet to the end and fail. Diet for 2 weeks
185 -
In the quest to correct shape, we use different methods, but the main place is a low calorie meal plan. Two week diet for weight loss will help you in the shortest possible time to achieve the goal. We offer to your attention 3 options. 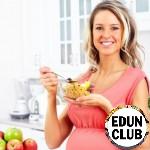 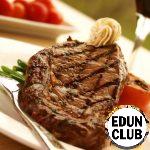 Diet for beauty hair
199 -
Strong and beautiful hair is perhaps the most important element, forming a charming female image. Since the relationship between nutrition and hair condition is quite obvious, nutritionists developed a special diet for the beauty of hair. She is the subject of our article.