B the slow cooker. In the present Apple cake, coffee and chocolate notes. Gives sweetness sweetener, and a small amount of chocolate that diabetics and athletes can substitute chocolate based on stevia or not to exclude from the recipe. 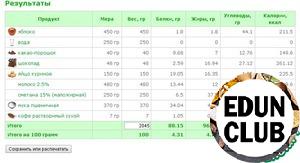 To begin with - Nutrition facts. Ended up getting two pounds of cake. Please note that this cake has no fat cream (respectively, the taste of it may seem fresh). 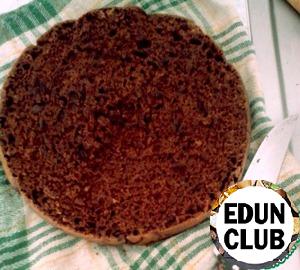 300 g flour, baking powder, egg whites, 20 g cocoa 30 g of chocolate, 100 g milk 100 g cream, coffee and water make the batter. Proteins are a little beat up, chocolate to melt in milk. In coffee with water, you can optionally add sweetener to taste. Cover the slow cooker with parchment paper or grease with butter. Bake the cake for 40 minutes on one side and 20 on the other. Apples need to peel, cut and podarite until well soft. Then mash them with a fork or blend it. To the apples I added cinnamon and a little sweetener. Cook two kinds of custard - milk and sour cream.
For sour cream 150 g of sour cream brew one egg yolk and 25 g of flour there add the sweetener and cocoa (10 g). Cook until thick. On the same principle, brew the cream of 380 g milk, the remaining flour, two egg yolks, cocoa and sugar substitute. Both the cream cools.
Take the cooled cake and apples. Korzh cut into three pieces Apple puree (I mashed with a fork) mix with half milk and cream lubricates the surface of the cake and sides. Cover with a center cut of cake. The second part of the cake grease with sour cream (it is more dense). Put on top of the "cover" of the cake. The whole cake from top to smear the remaining milk cream. Take the remaining chocolate and start embellishment. As graters, mixer and similar devices I have - use what is at hand. Make chocolate curls on a cake with a vegetable peeler. You can simply chop with a knife. Chips spread on the cake. You can shred the chocolate directly over the cake. This cake is practically not "uvarivaetsja". Calories - 135 kcal per 100 g of finished product. Cake "Strawberry mood"
91 - - -
This cake is a common recipe and my mom's biscuits, and their creams. It was prepared for the celebration of the 10th anniversary of his daughter. I would be glad if someone useful to my ideas. Help yourself? ;) My "Snickers" in a slow cooker
94 - - -
Recipes popular cake "Snickers" already available on the website. Dare to offer your own version. I think the owners of the miracle of the saucepans have handy))) Pumpkin-walnut cake "Fall colors"
119 - - -
The autumn cake! Tender, juicy, flavorful, slightly spicy and full-bodied. A slice of this cake is sure to paint the gloomy, rainy autumn evening autumn. Cheese cake "Black truffle"
71 - 120м -
I invite everyone to enjoy this magical cheese cake! When cooking, never thought that would be so delicious... Cake "Bride"
106 - 90м 12
Very tasty cake with coconut flavor. While in the oven preparing delicious meat, easy to cook a cake in a slow cooker. Cake "Berry" in the pudding in a slow cooker
79 - 30м 8
I would call this cake the original. Why? Because it is prepared from a dry concentrate of jelly. This cake you can cook in a slow cooker, in the oven. Reviews about it only positive. Berries you can take any. Write at once for those who will say that this cake is, it is, but not cooked in a slow cooker and not a cake. The cheesecake-cheesecake "Softer gentle"
105 - - -
I love cheesecake, but their caloric content is not always enough. This is for me the perfect cheesecake that I baked and based on and without it, fruit, berries, chocolate. There is no semolina, a small amount of sugar, taste more tender, delicate, and impossible to resist! On Christmas Eve, baking Christmas variant with cranberries. I very suggest targeting this option - and in the feast and in the world! done in a slow cooker, if anyone have a - well in the oven, not a slow cooker, the ultimate, but the result is good
More recipes