Like pancakes, cinnamon and apples? Then come on in! Insanely delicious and very beautiful! 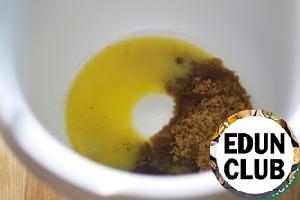 First of all, prepare the stuffing. Butter to melt. Beat the butter, brown sugar and cinnamon until the sugar is dissolved. To offer the filling into a baggie. 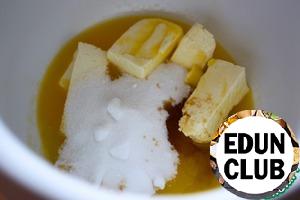 For the glaze: butter to melt, beat together cream cheese and powdered sugar! The same shift in a baggie. Heat the pan, grease it with sunflower oil. Pour the first pancake, just take the cinnamon filling, cut the tip package and distribute spiral pancake. As soon as went to the pancake bubbles, turn over and fry the other side. After each crepe, wipe the pan with paper towel. So fry all the pancakes. Pancakes cooking in the average size of 8-10 cm in diameter. From the cinnamon you have in the pancake there will be grooves in the shape of a snail. 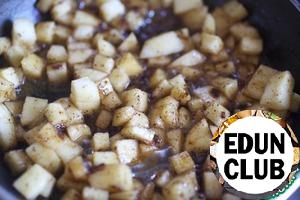 Apple peel and cut into small squares. Once all the pancakes are ready, press out the remaining stuffing into the pan and fry the chopped Apple in it for about five minutes. 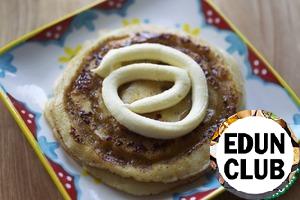 Per serving take three of them. On the first attempt squeezing a little bit of glaze, then the second. Pancakes "Under the dumplings"
302 - - -
Left the meat there, or here. On meatballs to start - so coarsely chopped, stew or even a little bit. But for pancakes – at the time, the second for lunch, very wonderful happened. And all have enough, and tasty, and as if the manta rays had a good feast. Fragrant, spicy, hot – winter-promezhnosti – sweet deal! 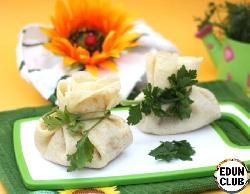 Pancakes with chicken and prunes
177 - 40м 6
For me this combination was new and loved it. Will definitely repeat. You can also try this. Go))) 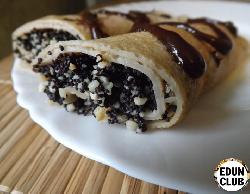 PP snack-pancake cake
197 - 40м 4
I want You today to buy a snack cake made with oat pancakes filled with mushrooms and sauerkraut. In recent years it became fashionable to eat right, exercise and lead a healthy lifestyle. And thousands of people are looking for recipes that will help them abandon harmful products. My dear Plecki and Sosnicki, this recipe is for You. Pancakes-pies "Spring red"
165 - 90м 8
Spring-bright, tasty and filling pancakes. The combination of rice, vegetables and cheese will appeal to both adults and children. Pancake pie " A La khachapuri"
150 - 90м 6
Carnival!!! Pancakes, cheese, cheese, what could be better!!! And if all together, it turns out awesome delicious!
More recipes