And the pancakes my grandmother was notable: a smooth, yellow, aromatic, smooth surface and lots of holes... Everyone who tried it was delighted... And she shyly said: "Yeah, well it Kulesza"... for a Long time I was looking for grandma's recipe, finally found it... Cooking them in the evening, in the morning for Breakfast baking. I slightly adapted the technology of cooking, leaving the same ingredients. Try!!! 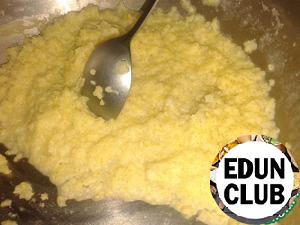 Millet, pour hot water and cook gruel (until soft millet). Of course, I understand that Kulesh called dish of Ukrainian cuisine, which is based on millet, but in the area where my grandmother lived, Kulesh called millet boiled in milk, water or broth. 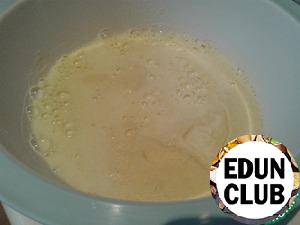 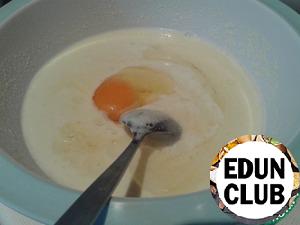 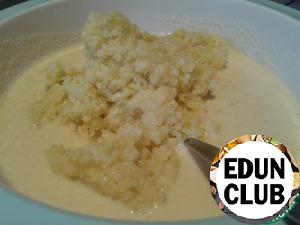 Combine the semolina mixture with the Kulesh. In 1/4 Cup of warm milk dissolve the yeast and pour in the gruel. 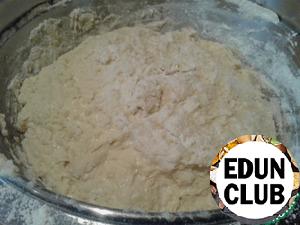 Gradually add the sifted flour, kneading dough is something between pancakes and pies. At this point, the grandmother left the dough until morning. I heated the oven to 60 deg. and to put the covered dough. After the dough has increased in size by 2-3 times, dilute it with 2 cups of warm milk. Beat the egg, send in the dough, and vinegar gashenuyu soda. Mix well. Leave for 15-20 minutes and then make pancakes. Then bake your pancakes. From above to grease with melted butter. Chocolate osamabin with a banana
320 - 15м 1
Today I will tell you how to cook chocolate osamabin with a banana. This is a very tasty, quick and healthy Breakfast of oatmeal. The taste of this oatmeal pancake can be changed every day, you can add berries and fruits. This oatmeal pancake, you can do sweet: remove cocoa and add cheese, ham or herbs. Fragrant mint pancakes
85 - - -
Very glad to offer You the pancakes are airy, fragrant, porous! Through the pores in pancakes all the dough is soaked like a sponge with honey or jam, and melts only touch their lips... Very sweet pancakes work, pure pleasure and to cook and eat! And here held carnival! Pancakes "For all"
60 - 35м 8
So many recipes of pancakes we know! And because pancakes are adorable! Ready loved their surprise! In the kitchen we will be they help! Pancakes I will bake a lot and my husband out for take his hand, put on an apron road and you will together bake with me! The velvet, delicate pancakes are! Carnival will meet together with you, dear! Moroccan pancakes of foam test
117 - 120м -
The pancakes turn out perfectly smooth, porous and gentle, perfectly combined with honey, help yourself with pleasure! Custard pancakes with a filling of smoked breast
81 - 60м 10
The recipe for the pancakes I found on one of the sites, but the stuffing is my another fantasy on the theme. Daughter recently became biomancy, so we have to think of something to surprise her once again. Sorrel pancakes with sausage and cheese
58 5 - -
Delicious spring pancakes for Breakfast! For those who are simply tired of sandwiches with cheese and sausage.