What is it? It is a thick and spicy meat sauce of unknown origin. Unclear-unclear, do not be surprised. No, of course it belongs to the so-called kitchen Tex-Mex - Tex-Mex. But! The Spanish-language Wikipedia does not exclude that the very idea of American natives planted conquerors-the Spaniards in the 16th century. The English did nothing about this as if not heard. OOO! Chili is the dish, round which serious passions boil. And this concerns not only its origin, but the contents of the pots. With absolute certainty we can speak about only two ingredients: hot Chile peppers and meat "carne" in Spanish. Well, in this case, if we mean chili con carne (Chile with meat ' in Spanish). If we are talking about vegetarian chili – chili sin carne, is not only arguably the ingredient remains sharp chili pepper. There really is not so simple – in Latin America, Chile, I confess, just the collective name for the spicy peppers /fruits of plants of the genus Capsicum/, of which there are dozens. In General you can understand that with this dish, nothing is clear! But it does not hurt to enjoy the taste of sunshine (as sung by Mexicans in the song dedicated to chili con carne). 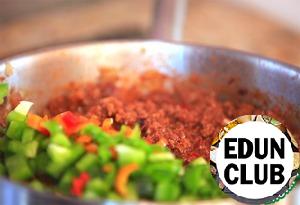 Chopped in small cubes fry the onions in olive oil until light brown colour.
Add finely chopped garlic and after 10-15 seconds the meat.
Fry the mince before whitening, to pour wine, remove from the bottom with a spatula the resulting sludge and add tomatoes and cooked beans.
After boiling add the pounded spices and chocolate (you can substitute cocoa powder).
After a few minutes add the sliced bell pepper and fresh Chile, seeded. All ingredients except chili can be deleted EN masse or one by one, change to other suitable on your taste in meaning – for example, instead of kidney beans use the corn, to abstain from wine or sweet peppers – all the same the output will go to Chile! 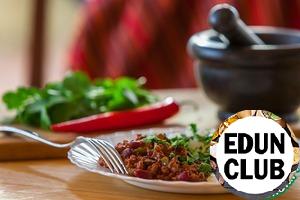 Meat rolls
138 - 50м 4
Very tasty meat rolls, perfectly complement a festive table and have a lot of choices for toppings. I do not know whether such a recipe on the website, but I made it up myself, and was very fragrant, tasty and guests were delighted. I hope you like it too. The meat in foil
102 - 180м 4
Thought thought to to cook, very not waste time and enjoy it. That came up with this meat. 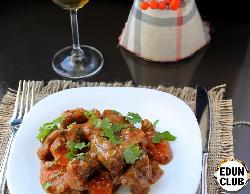 Beef
158 - - 3
Tender beef and lots of delicious thick sauce will not leave anyone indifferent. The beef in this recipe turns out melt in your mouth, with a slight spicy slight kick and a hint of soy sauce. Cilantro will add freshness. This dinner will warm You in any weather. Beef on cast iron
154 - 40м 4
Good day, all povaryata! Continue the theme of cooking "in China". Today cooking beef on cast iron, who was in the border cities of China type Suifenhe, I understand. This dish can be prepared and tabane, the main principle that before serving it "squarcella" right before our eyes. 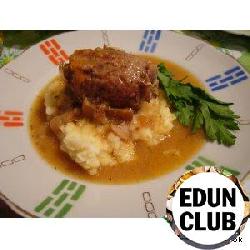 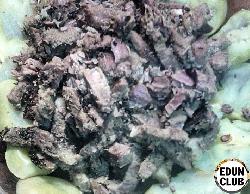 Beef stew with tea
144 - 120м -
The recipe is very old, found mom in the magazine "Farmgirl" or "Worker", she does not remember :) the Meat is soft, tender, with a subtle hint of tea aroma and a light, almost imperceptible taste of the Apple. Beef in soy-garlic marinade
126 3 45м 3
Again experiment, this time with meat and what there was in the fridge.
More recipes