Not so long ago, flipping through a magazine, I stopped his attention on the culinary page in the "Kitchen Czech"! I was interested in a recipe called "Dumplings with sausage". Originally I did everything strictly by the recipe, with a filling of cooked sausage and fried onions. But after trying them for the first time, I realized that the meat will be even better! To be honest, well, very tasty! The dough is incredibly soft and just melts in your mouth! After reviewing all of the recipes for this dish here on the website, I realized that it's not there. Because I share with you! Be sure to try! 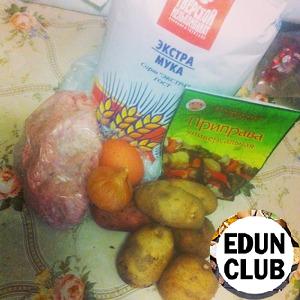 Here are our ingredients! Potatoes, flour and egg to the test! (potatoes should be medium, I have a small because the other was not) the Onion and spices for minced meat! ( here it is for everybody, I take "seasoning to the mince," when there is no substitute for something else). Boil the potatoes in their skins! In that time, while it cooks, fill the stuffing! Add to it finely chopped onion, seasoning and salt! Mix everything thoroughly! The potato cools, clean.. 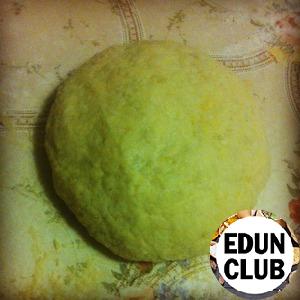 Cleaned, cooled potatoes, grate on a fine grater! Put it on the table, top slide, roll in flour, bore a recess break there egg, salt and knead the dough! The dough is divided into small lumps. Such a lump formed pellet is placed in the middle of the stuffing... 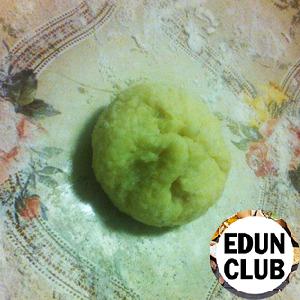 The edges of the pellet collected and semiplan! Hands a little grease with vegetable oil... 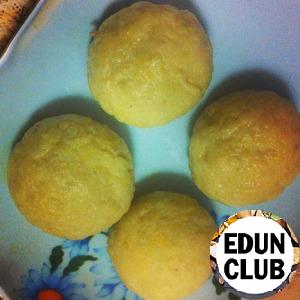 ... take the ball and roll it in hands to make round "bun")) just replusive and put it on a dish! Thus sculpt until the dough or filling) or all at the same time) In boiling water we lower our dumplings, add Bay leaf, allspice, salt, stir! Cook for 5-7 minutes from the moment emerge! I serve with sour cream, greasing them with butter! You can also serve with fried onions and bacon! It is for everybody! Bon appetit! Baked stuffed eggplant in tomato sauce
358 - - -
Summer is very often prepare stuffed vegetables. Recipes a lot, but this is probably one of the most popular Turns out.. very nice dish, looks good on the festive table.. Try it, very tasty. The recipe comes from Natalia HIND-VASSVIK., but made my changes. Hope that a prescription can be useful to someone. Buckwheat with vegetables
362 - 40м 5
A perfect dish for lunch, dinner. Simple and fast. "Pickles" Tiraspol"
0.7k - 50м 3
In General, the combination of pickle and meat I was always confused, until now, it was very tasty. Recommend) Meatballs in tomato sauce
0.5k - 20м 4
've perfected the recipe I found in a magazine and decided to share with you. Out very tasty and easy to prepare. Ponravyatsya both children and adults. Bon appetit! Dumplings with cherries
340 - 60м 4
I got a niece, so will have to withdraw from the topic of nutrition and start cooking her " normal" food))) Ask her what she wants for lunch, I heard " dumplings with cherries". Well will not do for his beloved nieces then?))
More recipes