The dough for Easter cakes kneaded more shortening.
All the ingredients for the dough should be warm or at room temperature.
Yeast+0.5 Cup water+1 hour. L. sugar=Opara.
The yeast mixture aside until it swells.
RUB on a small grater, zest one lemon.
Milk+eggs+salt+si ar+oil+lemon zest+cognac+dough+flour (gradually introduce)=to knead the dough.
Need so much flour that when mixing the dough start to roll on the Cup.
Put the dough in a warm place, covering it with a towel to come. While the dough is rising, prepare the filling:
Plums cut in half and remove the pit (if possible, better draining notching not to the end, then it will be better to keep the shape during baking) 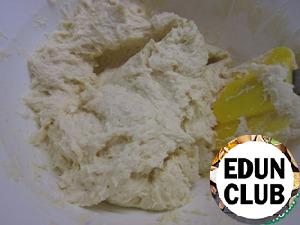 In the middle of one of the halves of plums to sprinkle brown sugar, combine the two halves of the plum together. Wrap a plum in dough. 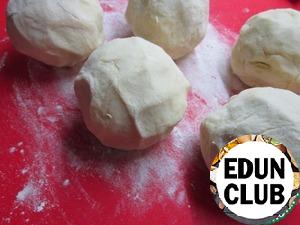 It turned out five balls of dough with plums inside. Forming a hedgehog, gingerbread man the anchor part of the dough a little stretch - it will be nose manicure scissors make cuts around the bun (except the nose) - needle, the eyes and the tip of the nose - raisins.
Forming the Bunny, make it a bit elongated, nail scissors make cuts - ears that are stackable pieces of extra dough on it, stick a bun - ponytail, eyes and nose - raisins. The crab consists of the claws and bun-head nail scissors cut a mouth, eyes - raisins, reed - a piece of dried mango.
Lubricated animals melted butter and sprinkle with sugar. Bake in preheated oven at 180 degrees until cooked (it will turn brown) (about 40 minutes).
Bon appetit! Oatmeal cookies with raisins and almond nut
137 - 50м -
Needless to say that these cookies are very tasty and always swept from the table in one sitting. Recipes oatmeal cookies here are quite a lot, but everywhere there are small features that give the finished product its unique taste. Perhaps this option someone will like the most. Armenian lavash
148 4 100м -
I know several recipes with yeast and without yeast, but for himself chose the one that I want to offer you. Crumble with Apple and berries "Regency"
182 - - -
These dishes I call "Three" - very tasty, very easy and very fast! The tartness from the black currant, fragrant Apple, creamy taste of homemade sour milk to leaven from Oursson, gentle, streusel with almonds, the sweetness of the cherries is just wonderful! You will like it, I'm sure - try? Eve's Pudding
272 - 50м -
Very tasty pudding that will bring you lots of pleasure from the combination sweet-sour taste and pleasant aroma! Breadsticks Flaxseed
329 - 60м 6
Hi all. Want to start your week on the Russian tradition - with bread. Since time immemorial, our dear guests were met with bread and salt. So I decided to bake for you, my darling, bread, but very unusual for two reasons. The first is in the form of twisted sticks, and the second was Flaxseed. So, dear guests, you are welcome!!! "Ears" with fish and shrimp
294 - 30м 4
I am a big fan of puff pastry, so could not pass up this amazing, simple and delicious recipe. The lazy khachapuri
221 - 30м 4
Stale in the refrigerator for a piece of cheese that no one wanted to eat, decided to save the product and quickly repaired khachapuri. Since I'm not a fan of long and complicated recipes offer you his version of "super lazy khachapuri"! Laziness and speed of cooking as does not affect the taste!
More recipes