I suggest you to try the recipe in the medieval kitchen. Aligo is a small masterpiece, a home which could only be France. Because it cooks became famous for the ability of simple ingredients to create refined taste dishes. Potato-cheese puree was invented in the French provinces. According to legend, it was invented by the monks of the Abbey, located on the Aubrac plateau. In those days, through the plateau passed the Way of St. James - the pilgrims overcame the ordeals on the way to the relics of the Saint in Spain. Way through the plateau carried an almost inevitable death. "A place of horror and great loneliness" - so described this way through snow drifts survivors. Exhausted, frozen pilgrims with last hope knocked on the doors of the Abbey, asking to apply something. From the Latin “aliquid” (something, something) and there was the name of the dish ALIGO. The pilgrims made this dish popular in almost all regions of the country. Clean and boil the potatoes. 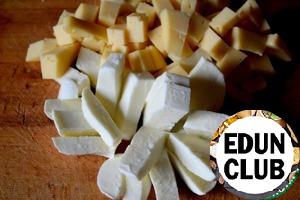 Cut into pieces all the cheese. 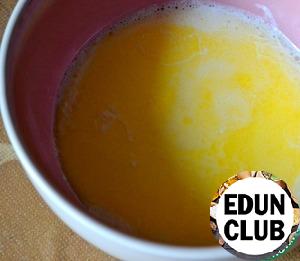 Heat the cream with a piece of butter. Pound the potatoes, add the chopped garlic, salt, mixture of peppers to taste.

I added a little bit to dry Provencal herbs. 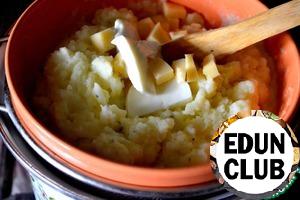 In a water bath heated puree.
I built this design on a pot of water in which potatoes are cooked, put a colander in it - a bowl of mashed potatoes.
The water gradually boils, we cook, time is saved!

Small portions put in mashed potatoes cheese.
Stir with a wooden spatula mash CLOCKWISE, in one direction only. 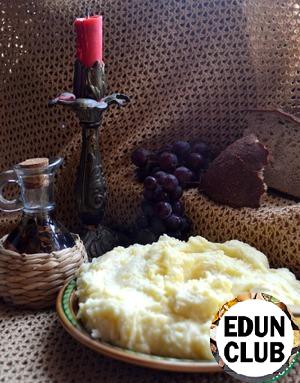 Gourmets of the modern times very favorably to this support - good piece of roasted meat and a glass of red wine:) Vegetable shashlik
0.8k - 30м 4
Love to meat kebabs I have very long, but the vegetable kebab, I discovered a couple of years ago. I tried lots of things and picked combinations of vegetables to find the perfect, which are cooked evenly to the desired state, and finally I found this composition. Treat yourselves, friends. Vegetable burgers in a waffle shell
270 - 45м -
The recipe for this dish was posted on the website in 2010 by the user Jene_Rien called "Vegetarian patties" and is illustrated with me in the framework of "Coloring". Very tasty vegetable patties in the waffle. Easy and quick to prepare. Potatoes in cheese
306 - - -
My husband loves potatoes baked with cheese. Here and come up with all sorts of variations on this theme. The potatoes baked this way will be a great side dish. Might even come in handy for the holiday table.
More recipes