Found on this site briefly to this recipe Gostovskaya stew cooked in an autoclave. But the autoclave is a thing rarely found in the kitchens of ordinary people, but his younger sister is a pressure cooker even easier! And now I've mastered thanks to the old forums, former Soviet, and now residents of Deutschland and forum "yaplakal. ru" production of ordinary Soviet stew. Such a typical, familiar since the development of the Soviet Arctic, loyal companion in all life situations from the camping trip, to the cottage to prepare dinner. In the photo from left cityfone little chunky pork stew, beef lean to the right.

Ingredients for Canned meat canned in a pressure cooker Cut meat (beef or pork) slices of a matchbox. Do banks, I have banks at 520 grams with screw-on lids. Pressure cooker 5 litres "Gipfel". Today I have 1 kg of beef, so 2 cans, but if necessary to fit pan and 3. Ideally, the beef of the 2nd grade veins, the film. The one that makes you nervous when you scroll in a meat grinder. What vein will give jelly and to the surprise entirely disappears from the meat. I have it from a piece of a shovel - for stuffing or stew and trimmings in a stew. Mounted on the bottom of the cooker the grill to create a gap between the bottom of the jar and the surface of the heating cooker. Twist-tight banks. Note once again that the Bank should not be "Packed to the eyeballs". Set the pressure cooker on the grill, pour water on the shoulders of the banks (I do the water level is the same as the level of meat or a little more). Close the pressure cooker and begin heating. The pressure gauge on the high "2". 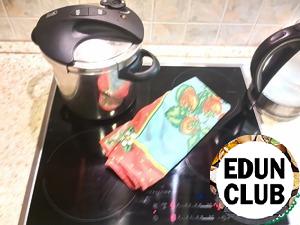 After the release of belly button pressure indicator outside that tells about the normal process of cooking under pressure, set a timer. Cook beef 90-95 minutes, pork 80-85 minutes. I usually start in the evening, the timer on the stove put up and monitor the pressure, reducing the amount of heat. The process is quite economical because after 20 minutes of cooking I go to the power mode 15-20%, after 30 minutes 10%. After you disable the timer, leave it alone and go to sleep. I cook purely for food as a reserve if there is insufficient time in the preparation of dinner/lunch. During my experience (banks really are not stored more than a month) no tin was discovered. In a month the content is even better than immediately after preparation. Jelly, grease, the consistency of the meat is great, no comparison with what is available in the market. Maybe if you increase the amount of salt, the shelf life can be increased to several years, but the need for this until you see it. However, who knows? The Soviet human genetics lies in the need to have in the cellar at the cottage stew, flour, matches, salt and old-fashioned revolver in caligola :) Stew "Home"
488 - - -
Do You like stew? I - YES, I just love it!!! But now somehow scared to buy meat products in stores, don't know what they put in it... And meat you want... And why don't we make a stew at HOME? Because we can choose what kind of meat to use, add spices according to your taste and desire... the Meat turns out tender, juicy and, most importantly, natural! Forward to the kitchen! Stew beef in the oven
408 - - -
Homemade beef stew in the oven - delicious and hearty harvesting of meat. The recipe will surprise You with its simplicity and delicious results. The stew turns out really good! Rich, aromatic and delicious. Perfectly kept even at room temperature. Basturma of beef
0.8k 5 - -
My husband and I really love the pastrami, it and with beer at us is good, and coffee, and so easy to chew... Well, it was too expensive pleasure, if you buy in the supermarket. Without thinking, digging in the Internet, looking at recipes on our website (by the way, very decent recipes), my husband and I decided to pickle the meat. And I want to say that it turned out very nice. Treated their friends: so they don't immediately believe that it is a domestic jerked meat. And the fact that it is organic and without preservatives, there's nothing to say. In General, try and you will never regret. 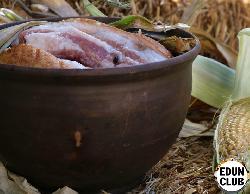 The fat in the brine
402 - - -
If You are in search of the best recipe for how to pickle bacon at home, then this recipe is for You! Bacon salted in brine will delight You with its taste! Enjoy! Home stew pork
0.6k - 360м 1
You had to put a number plate with the purchase of a stew, but a good idea comes afterward. A huge difference between homemade stew, cooked with his own hands and actually selected ingredients. As you can see in the video, the meat is excellent, the flavors are unbeatable! And what with her pasta nautically... No rush, all in order ) 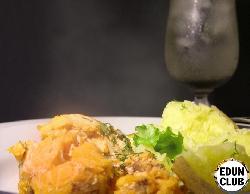 The trout in its own juice
0.6k - 30м -
I offer you the recipe of delicious home-canned fish. Cooked this way the salmon retains all the vitamins and has a very delicate flavor, as is the minimum heat treatment. Once cooked the cake mix, then you can use it in many dishes, giving as a hot (pre-heating), adding to soups, salads, and sandwiches and sandwiches. The technology of preparation and use here. Go! Snack of beans and pork head canned
482 - - -
Cheap, tasty, filling and helps with the arrival of unexpected guests.
More recipes