Smoothies with cereals and dried fruits A smoothie is a delicious, healthy cocktail. In General, it has become fashionable to prepare this rich drink. It resembles a drinkable yogurt, but thicker than normal. In English means a soft, gentle, smooth. Its origin, this drink has in America. He first appeared in the so-called Juice Bars in 1920. It is assumed that this contributed to the hippie culture, among whom appeared the name "smoothie". By the end of 1980-ies of the drink began to be produced on an industrial scale and move as a product for health and beauty. The most useful smoothie freshly made. And in the country it is - the fact: the energy charge and the stomach does not overload.

Ingredients for Smoothies with cereals and dried fruits 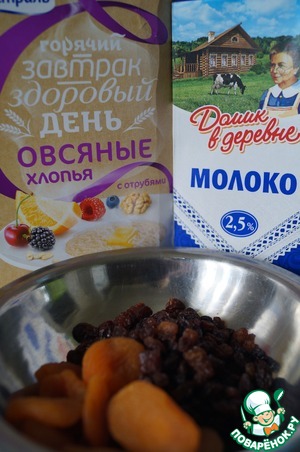 Here are useful products useful to us.
The cereal I chose oat of "Mistral" and those composed of bran, because the drink our energy.
This is the only cereal which give almost homogeneous mass = verified empirically. 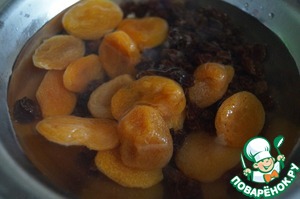 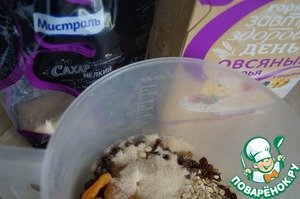 Put in blender, add sugar or honey and oatmeal. 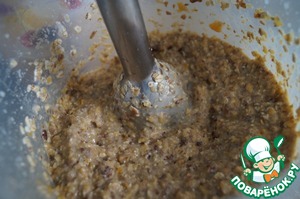 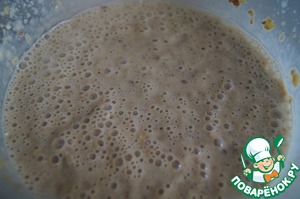 Added all the milk?
Whisk until bubbly and light weight... 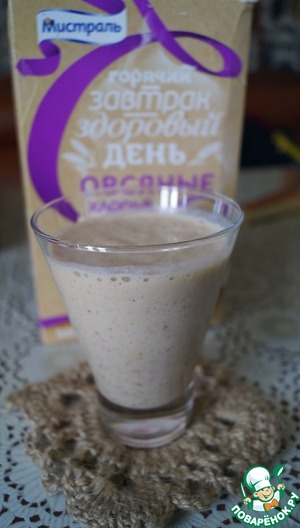