Delicious, hearty pickles draught Ambassador in urban environments! Probably many of you love cucumbers draught Ambassador. But the market price of their bites! But it is very easy to pickle barrel pickles on their own, and - in an urban apartment! The only thing BUT - should store them in the fridge! For these cucumbers I specifically purchased a container of food grade plastic, which perfectly fit into the space of our small refrigerator for storage. Very convenient-no need to mess with the banks, wash them, sterilize and constantly fear that they will break. If you have the ability to store cucumbers in the cellar is great!

Ingredients for Cask cucumbers pickling in a city apartment Cucumbers sort, thoroughly wash under running water (each pickle pens!). Put in a wide basin and fill with cold purified water. Aged for 6-8 hours. This must be done in order to ready cucumbers were not empty. Into a container at the bottom put half of the spices. Large sheets tearing in half, cut garlic halves. Then put rows of cucumbers. On the bottom is the largest. 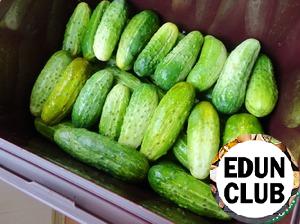 Then average. And upstairs - the smallest, they will be ready before anyone else. Cucumbers should be laid as tightly as possible, then the concentration of milk acid during fermentation will be high and the pickles are delicious. On top of the last row put the second half of the spices. Close the leaves of horseradish. Make the brine: dissolve salt in cold water, stir thoroughly until completely dissolved and allowed to settle. We strongly recommend to use fine table salt. It has different additives and different levels of salinity. 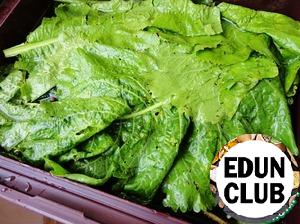 After the brine has settled, pour it into a container without sediment. If you do not have enough brine, make another batch at the rate of 60 g of salt per liter of water. The brine should only lightly cover the top layers. 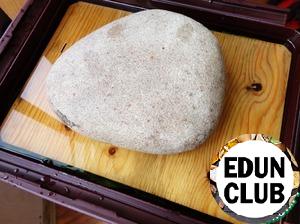 Cover with marlechkoy and leave for fermentation in a warm place (I keep on the balcony) for a period of five to ten days. Down the need to put some kind of tray because the brine during fermentation can run outside. Depending on the ambient temperature, fermentation can begin and the third and fifth day. Once on the surface will foam, it is necessary every day to remove it gently with a ladle, oppression and fanerku to rinse.

Cover and remove for storage in the fridge or in the cellar. A month later, the cucumbers finally proquestcsa at low temperature and acquire a true taste. Cucumbers "Superhost"
138 - - -
Cucumbers really work out hard and crunchy. Recipe without vinegar and without unnecessary problems. Pickles
142 - 120м 10
This frequenter of most of the feasts in particular needs no introduction. Unlike his brother - pickled cucumber, salted cucumber leavens naturally. This produces lactic acid, and the fermentation process provides bacteria living in fresh cucumbers. So a natural! Pickled cucumbers
98 - 15м -
Yummy pickles!!! This recipe is suitable for those who have a cellar. Very simple and quick method of pickling that will delight the perfect result) Pickles "Broderie"
87 - - -
Someone calls them sour, some pickled or just salty, and I always call them BRADANINI. And this is also from the series – "eye gouge" -spicy, sour, crunchy. Salted cucumbers with grape leaves
132 - - -
This idea I learned from an old pamphlet with recipes of preservation of the Soviet time. However, there was a speech about pickling cucumbers this way for the winter. I decided to try to make a "salted option"... just a sample. Turned out great, crunchy pickles with very unexpected pleasant taste. I recommend to try! We have just "went" greenhouse cucumbers, and grape leaves "grown" to the desired size... 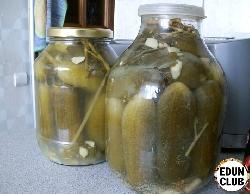 Cucumbers without vinegar
79 - 20м 2
I convinced the cooks to put the recipe for pickles without vinegar, which are no problem at any temperature. I have everything is in the apartment - no basement, no cold places. Stored in the table and in the wardrobe in the hallway under the bottom shelf. There is a garage, but there is no possibility to store. Cucumbers "Always good"
177 - 40м 10
"Herring, mother, all snacks snack. ...Well, no, the cucumber is better... Scientists with the creation of the world and think nothing smarter than pickle did not come up" how can you not agree with the statement of the great classics?! Do you like strong, crisp, salty sweet — sour pickle!!!??? Yes, Yes, such work cucumber for this recipe. Highly recommended!
More recipes