Chicken soup with dumplings from drying A bit of history. I had two grandmothers. One very tasty cooked, and the second one was cooked rare, BUT the fact that she cooked was very tasty and original during my childhood. So, favorite soup from my childhood from my grandmother...

Ingredients for Chicken soup with dumplings from drying 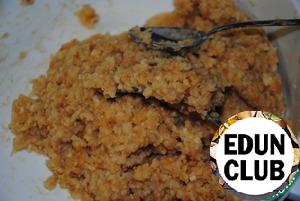 Cook chicken broth. Do not forget that chicken is better to lay in boiling water, then foam will not grow; Bay leaf in chicken broth do not add, salt, pepper. Onions in the broth never chopped, say more, put it entirely, and together with the peel, just wash properly (color turns out - awesome). Carrots finely shinkuem. At the end of cooking, remove onion and throw away.
While the broth is cooking, make the dumplings. Drying grind in a blender or skip through Mincer. Quite to the state of the flour is entirely optional. Add the melted butter, eggs and mix everything together. Slowly begin to add the broth and ordinary water 50/50, how much would you charge to make a not too liquid batter. Roll balls the size of slightly larger than a walnut. Press the balls slightly with your palm. 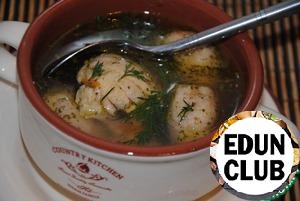 I like to separate the meat from the bones, so pull out the chicken from the broth and cut up.
In the boiling broth lay the meat and dumplings. Allow to simmer for to the ascent of the latter.
Add dried dill and parsley and immediately turn off.
Served with fresh greens. Consomme of chicken
60 - 180м 8
Consomme - delicious broth! The main feature of the consomme - transparency! The broth is brewed over a small fire. In essence consommé is a double-cooked rich, beautiful color of the broth. Consomme is prepared from chicken and beef. This is a versatile dish, in my opinion. The soup can be varied with different additives (meats, vegetables, small pasta, etc.), to freeze for future use, add to other dishes. I loved it! Say: for a long time to Tinker? Much less than you boil the jelly. At any one time more to prepare and keep for the future. But, then, you will always have the broth at any time. The broth is incredibly flavorful, beautiful and delicious. Glad I found this recipe! And in the Christmas holidays - great convenience with it! When tired of the abundance of heavy food, you can just heat up a mug of soup and eat with crackers or fresh bread. Cold, slightly gelatinous, consomme served in cups or plates for brunch, lunch or dinner (after appetizers). Here is versatile this dish is! Seduced? Then, try! 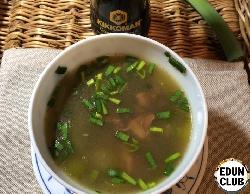 Broth with cucumbers and chicken
96 - 30м 2
This recipe Asian food is considered healthy. 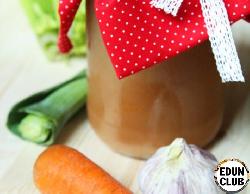 Chicken soup from Gordon Ramsay
109 - 90м 1
You probably think I'm crazy? After all, who doesn't cook chicken soup??? What can I tell?? Yes, prepare everything. And all on his own. And nonetheless!! Today I suggest You cook it as it makes Gordon Ramsay. Chikhirtma
115 - - -
Chikhirtma - Georgian dish. This thickened chicken broth with chicken. Has a very bright and rich taste. The dish is not spicy, and incredibly tender and very tasty. Prepared quickly, from the available products. 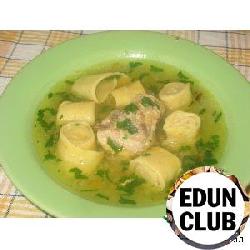 Chicken soup with rolls
178 - 90м -
This soup was prepared by my grandmother when I was a kid, and now I cook it for my family. A combination of chicken, melted butter, garlic and fragrant pepper make this soup fabulous. Chicken broth with dumplings
136 - 90м 4
Say, why this recipe? The fact that the dumplings are unusual, interesting way of cooking! 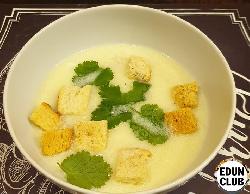 Chikhirtma chicken
56 - 90м 9
The national dish of Georgian cuisine. Unusual in taste and texture to the soup.