The mushroom soup does not require a lot of ingredients but they are delicious with sour cream. As you know we is the Post and the sour cream is impossible. I want them to whitewash. And I came up with this meatless mayonnaise, which includes soy sauce KIKKOMAN naturally brewed. Wonderful soup turned out! Not to put down! 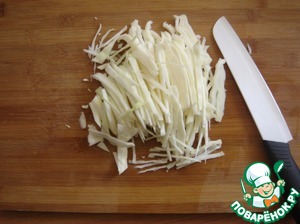 Mushrooms soaked with boiling water, let stand. Threw in a colander and washed. Filled with water 1.5 l and put to boil until tender. While the cooked mushrooms, do vegetables. Shredded cabbage and after 30 minutes, put it in the pot with the mushrooms. 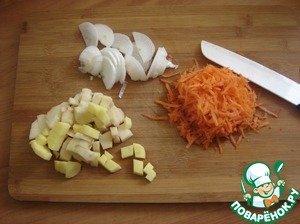 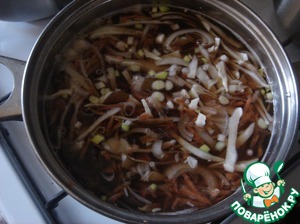 Put it in the pan. Cooked on very low heat for 40 minutes. Soup languished. 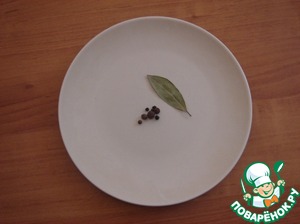 From the spice took a few peas allspice and black pepper and a small Bay leaf. 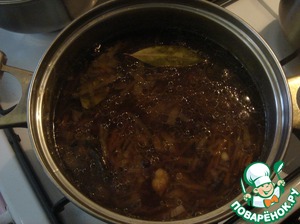 For 5 minutes before end of cooking, put pepper, Bay leaf and butter to the soup. The soup is ready. 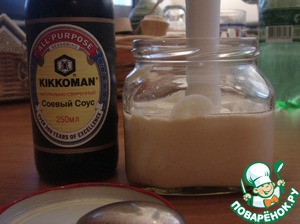 While preparing the soup, I made mayonnaise, in which instead of salt poured soy sauce. Took the jar the mayonnaise will be. Poured it oil, lemon juice, liquid from under the polka dots, put sugar in and put all the immersion blender. Mayonnaise thickens instantly. 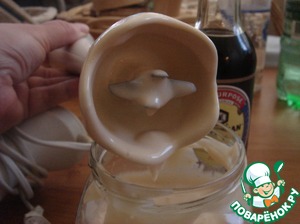 He poured a little soy sauce and, again, all connected. tasted for salt and I was all arranged. Not doselevel.