Offer You a recipe for those who like more toppings and less dough. Delicate Apple filling, thin sheets of phyllo dough, which is not necessarily a long time of messing around to get a delicious dessert! 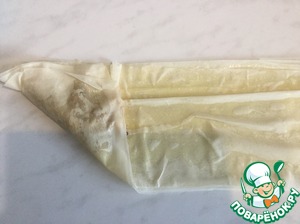 Somehow I made strudel a large roll, as it should be... Frankly, I was tortured a bit with the dough, then Philo. The main thing here when we open the dough, you should immediately put those sheets that are currently not in work, under a wet towel. I put these sheets in the tray and the top closed well dampened and wrung out towel.
This time I decided to make some mini-strudels of different shapes. First form: take three sheets of dough, cut them in half lengthwise, one half hidden under towels, and the rest, promazyvaya oil, impose on each other. 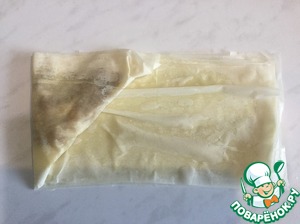 Put the filling on one edge and begin to collapse, as shown in the previous photo. In this photo the second time wrapped in the shape of a triangle. 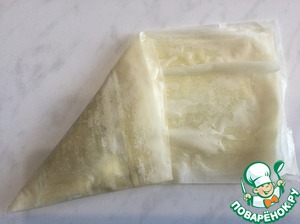 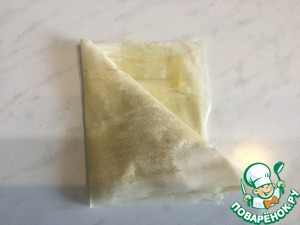 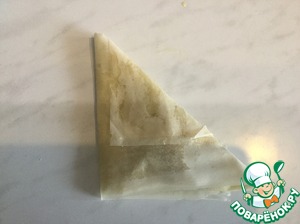 And the edge, which should be well greased to tack and wrap it up. Get large triangular strudel. 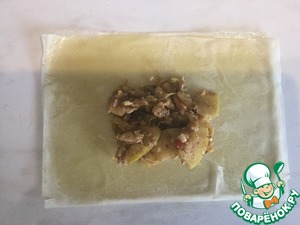 If a sheet of phyllo dough to cut another in half crosswise, i.e., into 4 parts, then you can make the same triangles, but smaller, as can putting the stuffing in the middle, to make... 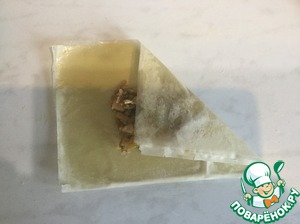 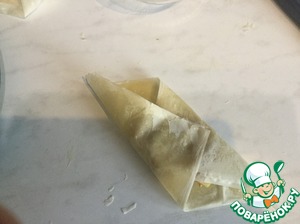 Then again on the other side as well... 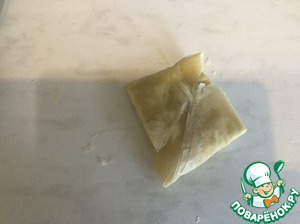 Well, here it is. I did one more form - bag, its easy to do by simply pressing and holding a bit of the edge of quarters of the whole leaf, of course, put butter and smear three leaf on top of each other. 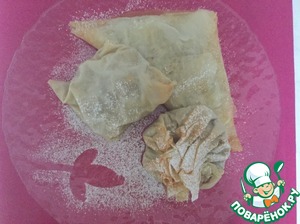 And if you close a container in which you put the rolls, cover and leave them there for a while (I spent the night) then in the morning they will be even more soaked! The dough is crisp, of course, will not...

Can be served as cold and hot heating in the microwave oven. If a hot piece of strudel to put the ice cream, you get a classic!
By the way, the number of sheets can also be vary, depending on what you love - more toppings or more test...
In General, freedom for imagination and taste preferences!
Bon appetit! Help yourself!