Crusty bread in a slow cooker Recently I baked bread. Have already tried a lot of recipes, focusing on very economical and easy to prepare. Now many people buy sliced bread because the rest often crumbly when cutting. But I, for myself, have discovered a very delicious recipe of bread, he doesn't crumble because the recipe includes sour milk. You can also use kefir, yogurt or fermented baked milk. This is my debut on this site. Please do not judge strictly)

Ingredients for Crusty bread in a slow cooker 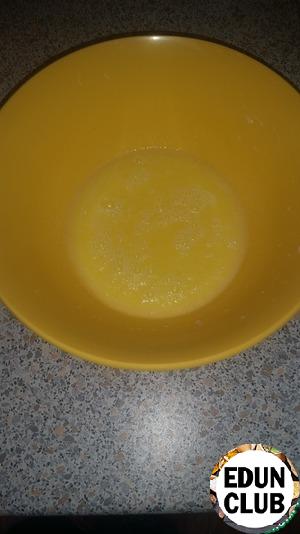 Add the yeast. Pour the sifted flour and knead the dough. Very well egged him to release as many air bubbles, then the bread will turn out soft and airy. The dough should not be tight and stick to the hands. My magic pot is the mode of "BREAD". It lasts 3 hours, the first hour is proving dough, then baked it an hour, an hour I turn it over and bake until done for another hour.
Or the bowl with the dough cover with a damp towel and place in a warm place, just for one hour. 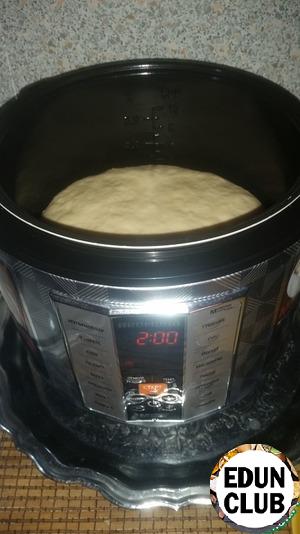 After an hour the dough to rise two times. I have it already in the bowl greased with butter, you can use vegetable, if desired. I just close the lid for an hour to go do their business.
There is another option. Set mode "HEATING" and leave for 15-20 minutes. After some time, turn off slow cooker and leave it the dough for another 40 minutes. Next, put the mode "PASTRIES" 1 hour. After the beep, turn the bread to other side and add another 40-50 minutes in the same mode. 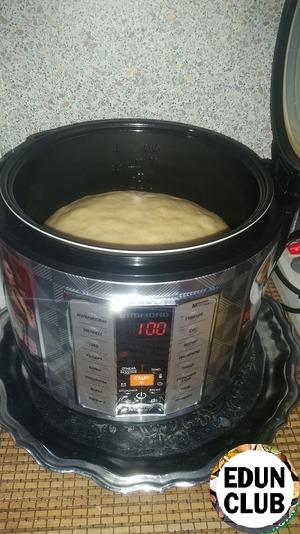 An hour passed, the dough has increased in two times. Bottom appeared crisp. Turn using a double boiler, bake the second side. Bread: fermented baked milk in multicookings
352 - - -
Awesome high and tasty bread without problems in the preparation Bread milk and honey for tea
257 - - -
Tasty, soft, very fluffy sweet bread for tea. Recipe designed by me for molewski Stadler Form. I think this recipe I will dispel the myth that it is impossible in a slow cooker to cook nice and airy cakes! Bread made of corn flour "solar"
235 - - -
Delicious and flavorful bread. Beautiful and easy to create. Perfect for crock pots and the oven. Unleavened bread made in a slow cooker
0.9k - 60м 1
Bread does not contain yeast, fat, eggs, sugar - therefore suitable for those who loses weight and not only. Cabbage rolls with sesame seeds
255 - 110м -
The air fragrant and the cabbage rolls is an excellent replacement for pies with cabbage filling. They are perfect for Breakfast, afternoon tea, and especially for soups and borscht.