You can cook a meatless version of this soup-lentils ennobles it, and gives a velvety structure. But I have made, as a variant on the chicken. Quick and tasty! So the soup was rich, took a split breast on the bone and the skin from the smoked pieces of meat (stored in the freezer for soups and such) for a smoked flavor. In a pan listed above throw the onion (boiled then removed and thrown away). Cover with water. To prepare the spices. Add to the pot. Put on heat to boil. Now vegetables. The carrots I have from frozen, already peeled, mini, for sale in Latvia available in all supermarkets. Send in the boiling broth to the vegetables. 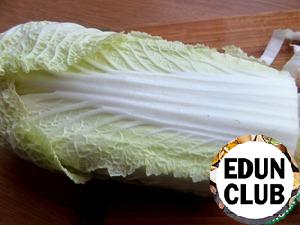 Once I got the idea to add to soups lower rough part of Chinese cabbage, which we love. Pour in the boiling broth. And all the vegetables ennoble such a bright lentil TM"Mistral". Pour into soup to taste. It cooks quickly-10 minutes, but in the soup it better have been well boiled. At the end scald the tomatoes, remove the skins and chop in the soup pot. Cook until tender 15-20 minutes, water you can add more if you want. 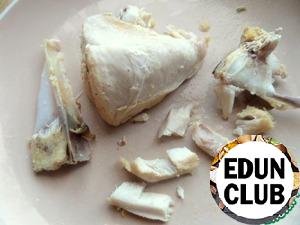 A piece of chicken to take out in the end, to separate from the bone and slice into the soup. Green onions crumble to the plate. Soup with coconut milk and shiitake mushrooms
284 - 20м 4
In explanation of Thai cuisine, to the middle of the post is still wanted milk. At least the coconut! Taste the magic, it's just indescribable! Sorrel soup
110 - 40м 8
Not so long ago returned from the country - but not with empty hands - a whole heap of sorrel, nettles and aromatic herbs. On this occasion, decided to cook soup - so go - take a sample! Potato soup with corn grits
69 - - -
For those who like to cook quick, easy, tasty recipe offer a bright, rich, wonderful soup. Kapusniak "Peasant"
108 - 160м -
In Ukraine there are two dishes that a real man can eat every day: that we all know soup and hot, slightly spicy with a distinctive sour soup called "kapusniak"... My Borschik
214 3 60м 6
There are many different recipes for borscht. My Borschik is not quite true, but that's the way it was prepared and called my grandmother - he had no beets. Who cares - try. Of all the soups I like this.