It turns out very tasty dessert, the dough soaked cream, making it very delicate. I did roll for the first time, a recipe found in a cookbook, in General, without skill it is hard work with ice cream, which I have strongly flowed from the heat... Maybe some of the girls who is more strong in the cakes, will use this idea, and I'm in cakes is not strong. Turn the oven on 190 degrees on a baking sheet put the parchment, grease it well with a piece of butter.
In a bowl sieve together the flour, cocoa, baking powder and salt.
In a bowl whip until stiff the whites, gradually adding 50 grams of sugar. In another bowl beat the egg yolks with the remaining sugar and vanilla,until then, until the mixture thickens and becomes lemon-colored.
On low speed mix the whites with the flour mixture, then add the yolk and stir everything well. Bake the cake for 12-15 minutes, not more, on top of the cake should appear crust is elastic.
While baking the cake on the table, spread a clean cloth or towel, sprinkle with a little bit of cocoa from tea strainer. The finished cake to turn on the towel and gently remove the paper. 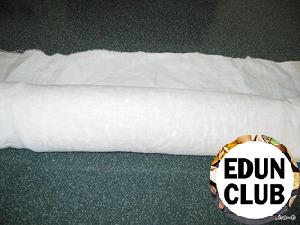 Then roll the loaf with a cloth, leave it for 1 hour, until cool Ice cream transfer to a bowl, give it a bit to melt, stir to avoid lumps, just will not overdo so it does not drip, it should be the consistency of very thick cream.
Roll gently expand, put on top of ice cream evenly Jelly roll from Jamie Oliver
110 - 20м -
Incredibly quick recipe. You called friends that you will have in half an hour for tea is nothing? Do not hurry to run to the nearest supermarket. This roll is prepared literally 20 minutes, and the products will be in your home. Yeast rolls with ricotta and cranberries
108 - - -
Barely managed to capture the result of their activities as kids snapped up all the tray and the sample I got just a little piece. The loaf turned out soft, airy, a bit wet on the inside due to the filling. Lovers yeast will definitely have to taste, and not only them. For the recipe thank you Vitoria! Strudel "Classic"
127 - 20м 8
Very tasty and healthy cakes. Preparing simple and easy. You can cook in the post, deleting the butter and sugar, and the dough is to use unleavened.

Sweet rolls corn sticks
159 - 30м 5
Such rolls my mom cooked, that unique taste of childhood... unfortunately, now do not let more frosted corn sticks, but they can be replaced and modern... Delicate honey cake family recipe
42 - 150м 11
The smell poppy seed cake invariably brings me back to my childhood. To the kitchen to grandma's, where I humbly await when grandma would get out of the oven poppy seed rolls and will cut me a piece. This is one of my most joyful childhood memories. And that's grandmother for many years there, and I want to be in the past, I prepare a poppy seed roll. The kitchen is filled with smells of delicious pastries. And again I have a little girl to grandma's kitchen. Roll with poppy seeds
119 3 90м 2
A style of roll I saw once in the Internet, and the dough recipe took your.
More recipes