Variations on a theme cake "Slice of watermelon" - experimented with simplification of the recipe. Insights read description :-) 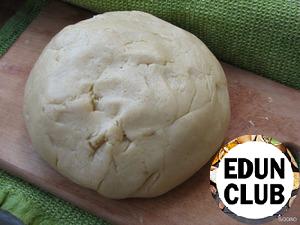 Last time I used a very time-consuming process of baking the balls of dough. This time I decided to experiment - whether it is possible to grind a ready-made cake to create a figure. To do this, I made shortcrust pastry: mix the egg with the Cup of sugar, added the softened butter, then sour cream, soda, slaked with vinegar, flour, and kneaded soft dough. In the refrigerator is not placed, and immediately spread on a baking sheet (distributed hands) with a thickness of slightly less than 1 cm. Bake the crust about 15 minutes at a temperature of 180 gr. until lightly brown. 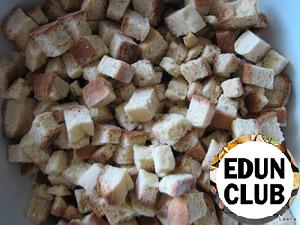 Custard cream was prepared according to the recipe Polka2006 (https://www.povarenok.ru/recipes/show/29766/), only slightly modifying it:
1) 1 tbsp. milk mixed with 0.5 tbsp. sugar to simmer brought to a boil.
2) while the milk was boiling an egg mixed with flour and cocoa.
3) This mixture is carefully poured into boiling milk, stirring and cooking until boiling.
4) in the hot cream is added 70 g of butter and vanilla sugar. Connected cubes baked with cream. This is exactly the point I wanted to clarify for myself. Shortbread dough while mixing began to crumble and bricks were scattered. It turned out a mushy consistency - 50 by 50 cubes and crumb. This mass I have laid out in the shape of a fish. Fish decorated in the style of "naive art" :-) thinly sliced plums and red currants. The cake should be kept in the refrigerator to retain the "strength of mind" and easier to cut. But of course, you can turn 90 degrees; and the portrait of the leader of pineapples :-) Basque cake with custard and prunes
96 - 100м 4
Offer their variation of the popular Basque cake, with a delicate and fragrant dough and custard. I really hope that it will satisfy all the cooks, although addressed to Natasha (Hiroko). Cake "Monastyrskaya izba"
95 - 150м 12
Delicious cake, sweet cream, sweet cakes-rolls complement the tart notes of cherry filling, I recommend, but be warned-trudem cue, but worth it Cake "the Lovely Mary"
149 - 50м 12
To my surprise, the recipe for this wonderfully delicious and simple cake on the website I found. It for special occasions always makes my friend's mom. If solemn occasion – a birthday, a cake is supposed to call in honor of the birthday boy. This gives the cake a special charm and very much like all birthdays, regardless of age. And the cake is incredibly homey place. Prepare it only once and will be as impressed as I was: shortcake, layered with roasted nuts, meringue and cream from boiled condensed milk and butter. Urrrr... Cake "ginger"
205 - 100м 8
This cake in our family are all very like - Yes, it's not as elegant, festive, but very cosy and homely :) Bake it in a very long time! Cakes turn out dry, but well-soaked custard. Delicious, tender, flavorful - such is our "ginger". And yet - this is my first recipe on the Cook! Cake "Birthday"
85 - - -
Crumbly shortcake layered with delicate custard protein cream with the addition of cranberry sauce that adds a burst of flavor with a slight acidity, will not leave anyone indifferent! This cake is my treat to you all in honor of the Day Irina! And all IRIN celebrating a birthday today, congratulations from all my heart and wish Your angel You kept! Cake "Birthday"
145 4 - -
This recipe has become a brand in our family. He came to us in 1994 from the children's magazine "Misha"! This cake is the cake you can make with any berry. And with strawberries and raspberries, and cherries. For cherry add a little more sugar to the mousse.
More recipes