Jam of Apple "amber" in caramel with white chocolate You know, say bye, think of it, jam! how boring... And I say: you try it! It's not boring - the taste was odd, very interesting, I'm sure everyone will love it. The more that come sharpened hard times: the battlefield is expanding, at first I fought with zucchini, now starting with apples, pumpkin (people, not restrain myself and say how in Ukrainian pumpkin is called - well, I love this "SMACNA" MOV! called the TAVERN! how are you?)... I really, arm: Vaughn bought a BARREL - a real one! will apples for the first time in my life! - watering. Straw bought... (you worried about me, huh?)

Ingredients for Jam of Apple "amber" in caramel with white chocolate The next day, the apples are thrown back on a colander, pour the syrup in a bowl and boil a few minutes in boiling syrup put apples and immediately remove from heat. And so repeated a couple of times a day is drained, boil, fall asleep... the process is similar to that described above. As soon as you notice that the syrup has started to thicken, bring apples to boil in the syrup but do not boil, just leave on the hot burner. 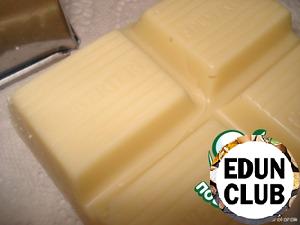 In the boiling syrup, add to taste lemon juice (a must!) and - choice - cinnamon, vanilla, citrus grated rind... See for yourself. I chose cinnamon and vanilla. Put the apples and give 1 (one!) once a good boil. This is possible and to finish... But I have added 100 g of white chocolate. 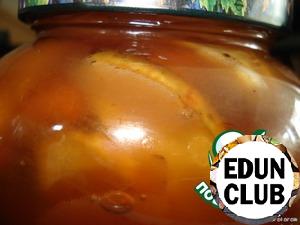 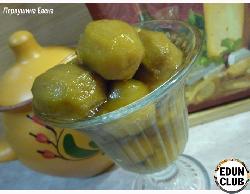 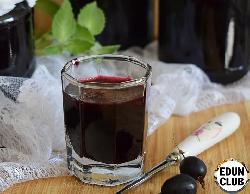 Jam from gooseberry
355 - - -
Probably, each country site is at least one gooseberry Bush, because it is hardy and productive culture. Gooseberries are delicious and very useful. The jam out of it - just a storehouse of vitamins. But I do love jam (without skins and bones) and cook it for many years here in this simple way. Go! Jam kumquat
317 - - -
I love these little hybrids, love to eat them raw, and as a candied fruit and even jam! Raw smorodyne-orange jam
283 - - -
Flavorful and healthy jam, which does not require neither the cost nor the time, but pleasantly surprised by its aroma and taste. Jam from tomatoes
273 - - -
Yes, Yes. You are not wrong, it is the jam. Recipe found in the magazine - whether "Lisa", or "Relax." And since I just love all sorts of original recipes, the past it could not pass. Did a sample the first time and..... we really liked it. The taste of tomatoes is not felt at all. None of my Pets could not guess what is in the jam, i.e. its main ingredient (except lemon). What to use, I haven't decided yet, but the rest of the jam (the one the banks are not fit) we ate just a spoon of tea. Plum jam with mint and cinnamon
280 - - -
What kind of harvest this year the drain?!! Just abundance! Offer jam, probably the most favorite for many! Only with spicy notes, fresh mint and cinnamon.
More recipes