Moussaka is a traditional Greek dish consisting of eggplant and lamb. Also prevalent in other Balkan Nations, where the components of the meals can vary and consist of vegetables with ground meat or without meat, baked in the oven. This recipe without the lamb, but no less delicious.

Ingredients for Moussaka with eggplant

Step by step instruction of cooking Moussaka with eggplant 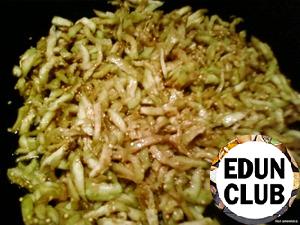 In the same fat saute the onion until soft. 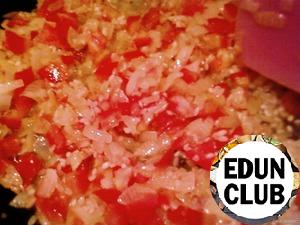 Next add the rice, part of the tomato and some water.
Let the mixture cook, until the rice swelled. Later in the form on the bottom put the tomato rings. On tomatoes put half of the fried eggplants. 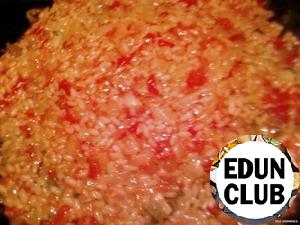 Sprinkle with finely chopped parsley, put a layer of rice. 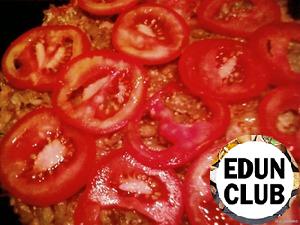 On top of the remaining half of the eggplant and lay the slices of tomato. 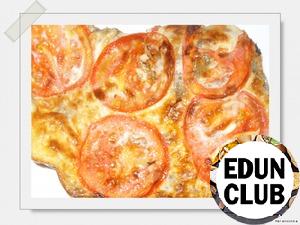 Pour sauce from milk, eggs and slightly passerovannoy flour.
Bake in the oven at 200 degrees. Rice noodles with chickpeas, eggplant and shrimp
249 - 30м 4
Yesterday was visiting and she cooked pasta with eggplant and chickpeas. We liked it. and today, thinking-wondering what to cook for dinner, we decided to interpret the recipe in their own way. Instead of pasta use rice noodles and to top it all prawns. And have not regretted. Patties of broccoli
224 3 40м 2
This summer I improvise with vegetable cutlets. Here's the broccoli was done, tender and tasty it turned out, try Pancakes "Without cheese anywhere!"
259 4 40м 4
We no cheese anywhere, almost every day I made some "cheese". So I decided to try the hash Browns with cheese. Quick and tasty! Green beans in Syriac
347 3 45м 4
Very tasty beans. I often cook it because my family just love it!!! Prepares quickly and easily. It can serve as a separate dish, especially now, in the post, or as a garnish. In Damascus, this dish is usually served a salad of cucumbers in yogurt. Cabbage with green beans
273 - 60м 5
A delicious side dish from the available ingredients. Suitable for meat, potatoes, cereals. Cooking is easy and fast. Vegetables in honey sauce
264 - 50м 3
Very good dish for meatless and vegetarian table, or simply for a healthy diet! Vegetables, thanks honey, get a little glazed, and the thyme adds a delicious flavor! Well suited as a light garnish for boiled or baked meat, fish, and myself) Surprise your family!)
More recipes