Ingredients for Cheese terrine with roasted eggplant and peppers 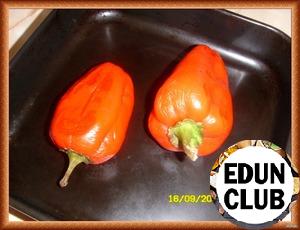 The words of the author.
Pepper bake in the oven until soft, remove skins and allow to cool, cut in half lengthwise. The eggplant slices to dip into olive oil and bake in a hot (180-200*C)oven for about 15 minutes until soft, then on the grill and under the grill for 5-7 minutes. 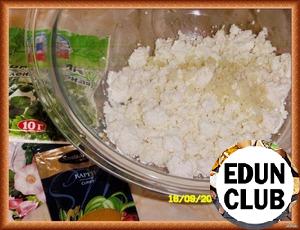 Discard cheesecloth cheese and put in a colander for 2 hours to drain the liquid. I have the cheese was dry. Cottage cheese mixed with finely chopped garlic (you can add spices to taste, dill...). 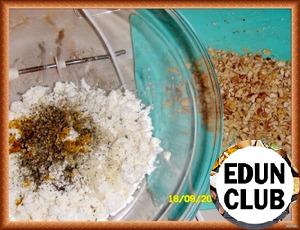 To cover the long narrow shape of the nylon film to the edge of hanging. Put into a form the eggplant slices so that they covered the bottom and hanging from the sides. 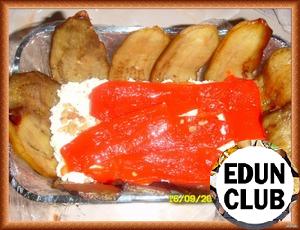 And put half weight on the eggplant. On top of the cheese layer of red pepper, On top again a layer of cheese, pepper. To cover the hanging eggplant slices, Wrap with foil, lightly press and chill at least 2 hours. 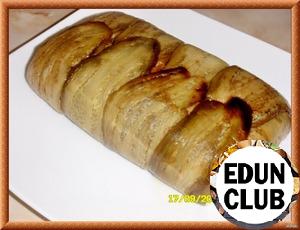 Left until the next day. Open the top foil, put on top of dish and flip, remove the tape. To serve cut in slices with toasted bread. Trabocchi
428 - 15м 3
What is in crab sticks it is possible to wrap a bunch of Goodies for anybody not a secret. I only offer its own version of toppings. Women's snack "Peach"
264 - 20м 9
"Not a girl, and peach," "Skin like a peach", "Fresh as a peach"... Familiar? In Chinese culture, peaches symbolize spring, youth, marriage, wealth, good wishes. They are considered a symbol of immortality or longevity, and the peach blossom is a symbol of a fresh young girl. But in cooking... why not do a peach! Interested? Invite! Unusual, very fast executable and instantly shadowmania appetizer with wine. Potaptsi with tomatoes
452 - 15м 4
Very simple and tasty, the food of which we are preparing, there are always home! Sandwich with avocado, arugula and cheese
264 5 10м 2
Time goes by and tastes change, views and ideas... That's the world of sandwiches flourished. Mix can and should be the most diverse tastes. I invite you to try my version. One). And so... Pancakes stuffed with liver and carrots
304 - - -
Very tasty and rich pancakes that can replace dinner! In my opinion, the filling in this version turns out very good) Muffins with smoked chicken and cheese
0.5k - 40м -
We know about the muffins as sweet baked goods. This recipe – something new, unusual, unusual cake ingredients. These muffins will surprise you with the aroma of smoked meat and cheese, as well as bright colors of green. Try it! Cupcakes from chicken liver
415 - 30м 8
Very delicious cupcakes. Easy to prepare, easy sedutsya. The kids eat with pleasure and not noticing that there is the liver. Because the liver is useful for everyone.
More recipes