Saw the recipe for this loaf in a cooking magazine. Decided to cook, and why not. At present, it is unclear what made the sausages in the store... is Done quickly, plus imagination, will always be diversity of taste.

So, the first thing beats the fillet. Make it as thin as possible.
If pileski large, you can cut them in half.

Now take a cling film and spread our beated in length, with an overlap on each other.

Salt, pepper, sprinkle with your favorite pripravili.
And further plays the role of your imagination. I smeared with mayonnaise, laid out in the middle along the length of the strips of cheese, spicy dried tomatoes (https://www.povarenok.ru/recipes/show/31010/).

Now with the help of cling film roll pileski in a roll.
So, as in the photo.

Film remove, and turn our roll as a snail. Treat the threads (not disintegrated), laid in a form (I have a glass pot for microwave).
I on top of another smeared spicy oil from the tomatoes.
And put it in the oven or microwave and bring to readiness. I cooked in the microwave. But.... 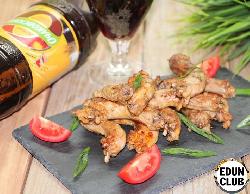 Chicken neck in quasi spicy-marinade
102 - 15м 2
Actually, I often cook grilled dishes marinated in a spicy marinade. But when she cooked these cervical household of mine dubbed it, quasi the marinade. Mirin replaced by kvass, chili pepper paprika, as needed, more on that later... But it turned out super tasty. And now sometimes pickled. 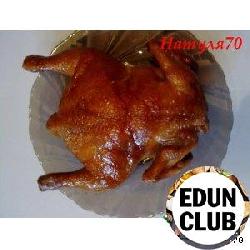 Smoked chicken
68 4 250м -
Want to offer delicious chicken, which is good both hot and cold! Chicken drumsticks baked in tomato sauce
44 - - -
I represent to your attention a succulent, browned chicken and lots of delicious sauce, which is made with pickled tomatoes. A very aromatic, delicious and festive dish. Chicken Mexican
73 - 60м 6
Easy and simple to prepare dish. Depending on Your desires can be both acute and not. In our family it love both adults and kids. Chicken breast under a fur coat
61 - 120м 6
Chicken breast with a coat of pomelo suitable for all fan of citrus combined with the meat. 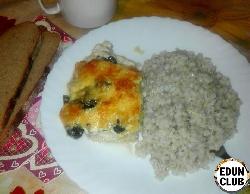 Polish dinner
69 - 90м 8
A hearty and delicious dinner. This dinner is in itself an occasion. A delicious roast
88 3 - -
This is a dish I invented myself last year on the sixth anniversary of our wedding day. My husband liked it so much that I then had to cook this dish on all subsequent dates and a significant and very holiday. Sorry that is not photographed then in stages.
More recipes