The birthplace of the barbecue sauce - Alabama, USA. We were going on the outdoors, but the weather let us down, and I have successfully used this sauce at home - that is, meat cooked in the oven, not disappear as good! Recipe found last week in the magazine, which is produced regularly, and decided to surprise everyone with a new kind of BBQ, not traditional. Very flavorful sauce, savory, with a delicate structure that makes the meat tender, cream (some eat it just with bread). It is served with chicken (the original recipe), but I think that will fit to any other kind of meat. I'm just the meat in the oven cooked, pre-salted and peppered, nothing unusual. Five minutes before the meat is cooked pull it from the oven, smeared with sauce and back in the oven until tender. On the table and put the sauce in a separate plate, and each could add as much sauce as he wanted. Very tasty!

Onions chop together with the garlic, put in blender, make puree.

Butter to put on a small fire.

Add the onion and garlic to melted butter and cook over medium heat 2-3 minutes, stirring occasionally.
Add the white wine (or substitute), stir well and simmer until half the liquid evaporates, 3 minutes.
Remove from heat and allow 5 minutes to cool slightly.

Add the remaining ingredients and mix well.
All again in a blender for a few seconds.

Refrigerate for 1 hour before serving. 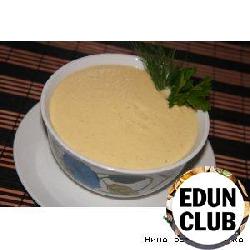 Sauce chicken
438 - - -
This sauce is well served with dishes of vegetables, e.g. potato or vegetable cutlets, baked vegetables or potatoes and meatballs from cereals, vegetables, pasta or cereal casseroles. Cream-cheese walnut sauce
480 5 15м 6
Recently [email protected] shared a lovely recipe Georgian sauce Bage, but I just Love cheese - that made the sauce according to your taste. Came out amazing. Sauce "Spicy"
0.6k - 3м -
Before to cook lunch or dinner, take 3 minutes to cook this sauce and I assure you, you will not regret! Fragrant garlic-soy sauce will complement the unique taste of any dish, from simple boiled potatoes and ending with meat, but if fresh vegetables will feel this scent, they immediately want to "dip" in this abundance, and you get a salad. 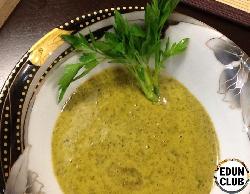 Fish sauce
0.6k - 10м 2
I love to experiment with different sauces. The most delicious are happy to share. This sauce is excellent for baked fish. It has a very delicate taste. But I still smear liberally on the bread and knead it well. )) 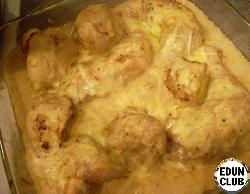 Cheese sauce for chicken
376 - 20м 1
Long sought original sauce to the chicken and finally found what we need!) Delicious, original, sweet, spicy sauce to the chicken - try to diversify your the usual recipes of chicken. The recipe suggested my good friend, thanks again! 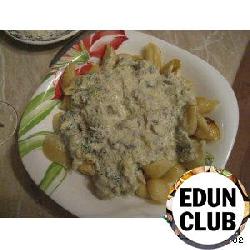 Tomato sauce "For all"
0.6k - 5м 10
Very tasty coyc, which is suitable for many dishes - meat, kebabs, chicken, potatoes, spaghetti! Good to eat with bread or pita bread! And prepared in minutes! And eaten immediately - yesterday I cooked a big plate -today there's nothing left! If there is already such - do not throw, remove. Cranberry sauce with walnuts
0.5k - 30м 5
Dear cooks, I want to offer to your attention an interesting sauce. Cooked very simply and quickly. But it is the usual dish has a new. Bright, full-bodied, harmonious, spicy, spicy sweet and sour taste. For the first time until I tried - ate half the jar and did not notice.
More recipes