Earlier in the store bought sauce ", tab" and dripped a drop into the sauces, which to me seemed not too sharp. Then the sauce well, just disappeared from stores. Recently saw him in the bill, then looked at the price tag: 100 UAH. (about 400 RUB ) in 90 ml. of course, I realize that this bottle I'll have enough for 2 or 3 months, but the toad still crushed. I decided to look for a recipe online. Found some similar at each other and decided to cook. Then in the comments to one of the recipes I read that the real Tabasco made only of vinegar and chilli and then a few years brewed in barrels. Therefore, with the nearest salary can still buy a bottle. Yes, and my home variantik turned out still less spicy (next time in two times more pepper I guess), but too bad, in case again in stores this Tabasco will disappear.

Ingredients for Sauce "A La Tabasco"

Step by step instruction of cooking Sauce "A La Tabasco"

Oh, the onion in the "still life ingredients" to put forgot.

And clean the peppers from seeds. The original recipe offered again to clean the partitions, but I know that the sharpness in them, so I left them. In the seeds also have the sharpness, but I was afraid that they were sufficiently ground in a blender. Pepper cut into pieces and gloves ruthlessly discarded. Eyes I expensive.

Pepper, fill with boiling water and leave for 30 minutes.

Meanwhile, the tomatoes we scald with boiling water, cut the skin cross

And we remove it.

Garlic passed through the press or chop and grind with salt with a knife, finely chop the parsley.

With pepper drain the water, leaving a little at the bottom. I have not poured, and left to add a little, for example, in the soup.

Add the onions, garlic, tomatoes, vegetable oil and grind in a blender into a puree.

Ovarium over medium heat until thick. In the end, adjust the taste with vinegar, salt and sugar. Vinegar was suggested to add red wine, but I had Apple. Here with such urgency sauce I the fundamental difference in the kind of vinegar do not see. First I put 1 tsp of vinegar, but I acid not enough.

On this I found the recipes were over, but I decided for a greater uniformity again "walk" for the sauce in a blender.

And pass the sauce through a sieve. Of course this trick a third of the sauce "stole"

I got less than 50-gram jar of coffee. Arugula pesto with walnuts
370 - 15м 5
We all know that the classic pesto, Ligurian according to the canons, is based on fresh Basil, pine nuts, garlic and olive oil. Moreover, in a marble mortar and with a wooden pestle! But the idea is to grind a variety of herbs with nuts and call the dish "pesto" has spread in other countries. For example, an alternative pesto recipe from the German magazine "Lea&qu ot;. Khrenodyor
0.6k 4 15м 10
The name is not very euphonious, but it recorded in my old cookery-book, and the name did not change, and little added. Was pleased with the result and want to share with you may be useful to someone! A versatile sauce for 5 minutes
310 - 5м 5
A quick recipe for a delicious sauce. Suitable for meat and fish. Decorate the taste and will add freshness to any dish. 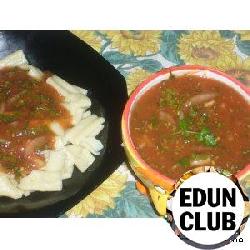 The Sauce Is "Baby"
0.5k 5 10м -
The sauce I called "Baby" because of his two years ago came up with my 10 year old son. Since then, he's a constant companion on our table. Very easy to prepare and is suitable for pasta and meat fish. With barbeque and well, just yummy... 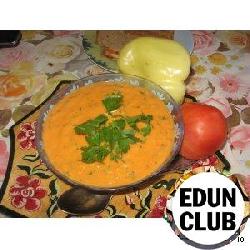 Sauce "Middle"
337 - 10м 4
Now the season of fresh vegetables, and buy sauces and ketchup a sin, their sauces taste better and more useful, here is one... 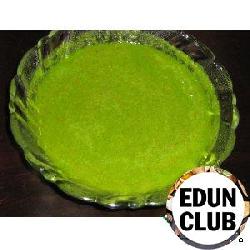 Chutney sauce green
375 4 10м -
Spicy North Indian gravy, the main component of which is either cilantro or a mix of green coriander leaves, radish or spinach. In the season of mango in the sauce for sour green mango put, when there is no mango - juice of lime or lemon. Sauce served with pacari, samosas, kebabs, Tikka (vegetarian or meat cutlets), tandoori (baked in a round oven tandoor) meat or fish.