This dish is a Changeling from the Mediterranean cuisine, and in particular, Lebanon, Jordan, Syria and other Arab countries up to Egypt. Preparing is quite simple. Very original taste due to the presence in the recipe of spices - cinnamon, coriander and nutmeg. In my opinion, the dish is very different from a pilaf. It has a soft and mellow taste. I recommend to try! In the preparation of this dish I have used basmati rice, Gold Mistral. Meat wash, cut into pieces, put in a pot, fill with water, throw a Bay leaf and onion, put on fire. Cook almost to readiness. 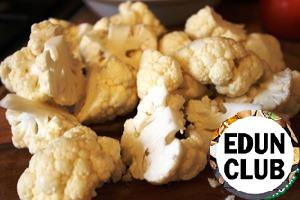 Eggplant and potatoes fry in a pan until Golden brown. Place on paper towels to soak up excess fat. They do the same with cauliflower. Cut garlic, onions and tomatoes. Fry them together in the pan about 3-4 minutes. 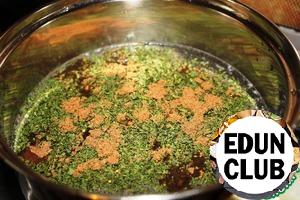 When the meat is ready, remove it from the broth. The broth is filtered, put on a small fire to keep it hot. In the broth add the cinnamon, coriander, nutmeg, salt, pepper. Put all in a saucepan (preferably with a double bottom).
First layer - meat.
The second eggplant. The third potato.
The fourth cauliflower.
Fifth - washed rice.
Sixth tomatoes with garlic and onion.
If necessary, each layer can be additional salt. Pour the hot broth 2 cm above. Put on fire, bring to a boil, turn down the gas and cook until the rice is tender. All the broth should be absorbed. 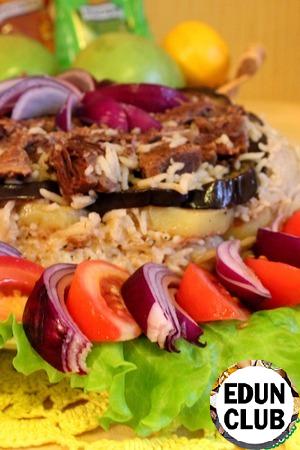 In a saucepan put a large flat plate and turn over. Gently remove the pan.
Decorate with greens and vegetables. 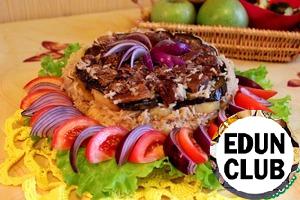 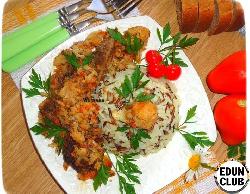 Beef stew "Country"
336 - 35м 2
In the country of beef you can cook a very tasty dish, as in the summer time on the site Matures, the majority of vegetables. Beef stew with vegetables goes well with the rice bubble Mix. Beef with broccoli Chinese
358 4 50м 3
The dish is simple as the composition and method of cooking – beef stew, broccoli and a delicious sauce. Wellington with drunken vegetables
304 - 160м -
Well, what's that smell?) Too bad we can't transfer picture) Is certainly not 5 minutes, it's worth it)))
More recipes