It is believed that Dango - the most ancient Japanese sweets, the history of which can be traced from thousands of years ago BC. The Dango balls were presented as gifts to the gods. An ancient legend says that once, at the end of the XIII century, one of the Japanese emperors came to the temple. When he washed his hands at the source of the temple, with its bottom raised up five large air bubbles. The Emperor decided that it was a sign of the gods. Since then, five balls of Dango on a stick were used as offerings to the gods, when required special purification of the spirit and the body. After the food was blessed by the gods and spirits, the Japanese took him home, where he solemnly ate themselves. I suggest you to try this ancient ritual and a dish of strange and unusual taste, prepared according to the rules of traditional Japanese cooking. For cooking we will need a mix of traditional Japanese sushi rice and regular rice in a ratio of approximately 1:1. In the company of "Mistral" to eat rice for every taste. I took the rice "Japonica" and usual. 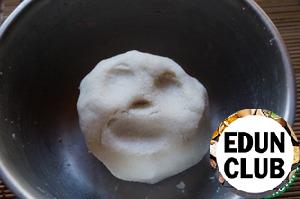 Knead the dough thoroughly with your hands to full plasticity. Notice that the finer the flour, the more pliable and elastic dough. Divide the dough into 6-8 balls and lay them on a damp cloth, placed on the grill steamer. Cook the balls for a couple 25 minutes. 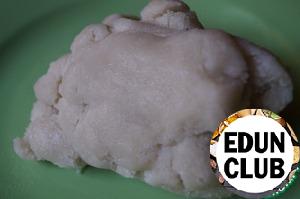 To shift the cooked balls on a large platter or cutting Board, to reconnect them into a single kom and it is well stirred. Divide into 12-15 equal pieces and roll from them balls. Several balls dipped in a mixture of poppy seeds and sugar. 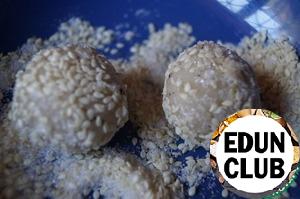 A few - a mixture of sesame seeds with sugar. And several mixture of brown sugar and cinnamon. Balls (one of each variant) is strung on bamboo skewers. On top you can pour the syrup.
As a variant, the balls of Dango can just pour in a bowl of any syrup and also sprinkle with sesame seeds. By the way, syrup-soaked balls are much tastier. Sweets in syrup
137 4 - -
The one who was in Turkey, there have probably tried Turkish sweets. One who was not there, probably heard about them. Today I want to introduce you to one of these sweets. In General, is to prepare real Turkish sweets, you need to spend a lot of time and effort, but today's my version of the easiest, lightest. It can cook any of you, even the most novice cook. Time, effort and cost will go low. But trying these sweets closing your eyes You for a second visit in Turkey. Chocolate dessert with strawberries and custard
191 - 100м 8
I love chocolate desserts and this is no exception. When making this dessert has suffered just one bar of chocolate - but what a taste! The chocolate taste is very strong. Pleasant slightly sour taste of fresh strawberries and a soothing creamy taste of custard - a real treat for the sweet tooth. This dessert can also be used as a sweet surprise for friends. To do this, present it in glass jars so he could see the beautiful layers of the dessert! Boiled condensed milk
193 3 - -
Another recipe from the Internet, but what vkusniy! Moreover, very simple, although quite long. However, the result justifies everything! Cheesecake with halva
143 - 50м 10
It is not a classic cheesecake, but so delicious that I wanted to introduce him to You! The sweetness of a La "Sherbet"
155 4 40м -
Honestly, the result was supposed to be different... I Cooked a very different sweetness, but, unfortunately, did not happen. Soon I'll do a take two. I hope he will be successful. And the fact that I expose on your court is what happened in the end. Tastes like sorbet, which we used to buy in the store. Not creamy sausage, namely sherbet - crumbly, nutty, we ate it with a spoon. That's something like what happened to me. Stand is not wanted, but looking like a boy to sneak runs into the kitchen, decided to put, maybe someone would like to cook.
More recipes