Honestly, I don't know why these chocolates are called truffles - known candy nothing in common. But that doesn't make them any less delicious! In my opinion, they are simply divine! And recently, I discovered that the combination of sweet and salty I just love, so for me the combination of the salty pistachios with white chocolate - it is something! So, a teaspoon of "rake" a little mass and sculpt balloons. 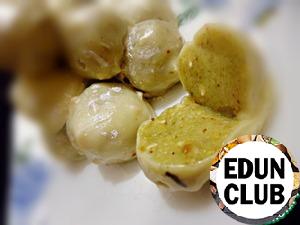 The last bar of chocolate melts and cover them with candy, too long to bother, so as not melted. Coated chocolate, you can sprinkle the remains of the crushed pistachios. Since I had chocolate with nuts, I do not. I lightly covered them with silver edible paint for the nobility))

To put briefly in the refrigerator so that the chocolate has seized, and here they are! Here they are - candy of my dreams! Bliss indescribable: feel and gentle sweetness of white chocolate, and the salty taste of pistachios... 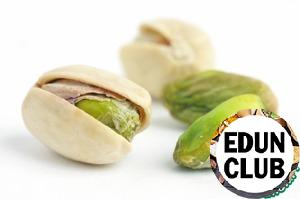 Pistachio is one of the oldest nuts, known in the history of mankind. First mentioned in the territory of present Iran and Syria, then in Greece and other parts of Europe, and then the pistachio spread around the world. In cooking, pistachios are used already more than 2,5 thousand years. In the ancient East this nut is considered a symbol of wealth and success. Worldwide meals with the addition of pistachio nuts are considered elite. For example, Nobel laureates in Stockholm on mandatory buy pistachio ice cream.
Today about half the global number of pistachios on the market is provided by Turkey.
Collect the nuts during the night, as by day the leaves of pistachio trees emit essential oils, from which dizzy.

Pistachios are an excellent remedy for depression! And also reduce the level of cholesterol in the blood, improve functioning of the liver and cardiovascular system!
Of the vitamins contained in fruits of pistachio, stands high in vitamin E – a natural antioxidant, rejuvenating the human body. It is no accident in ancient times, pistachios were called "magic nut". But the most attractive and interesting name to the pistachio gave the Chinese, "happy nuts", obviously, because the crack between the shells of a fruit resembling a smile.
Eat pistachios and smile often! Sweets "Creamy pleasure"
83 - 180м -
My first recipe on your favorite website. Sweets like Raffaello only externally, inside they are completely different. Candy Carrot
67 - - -
Carrot contains many vitamins, but not all the kids love her. I have my children make these candies, and they are happy to eat them. Candy "Pumpkin chocolate"
59 - - -
The recipe for the sweet tooth! Homemade delicious candy! Without dyes, preservatives or any chemicals! The idea of cooking I learned from the boy Sparrow! Valya, thank you so much! For those who decide to prepare this yummy, I add detailed photographic coverage! Hold no doubt for cooking and enjoy the candy is not sweet coffee, tea or milk! Useful candy "My way"
100 - 30м -
Candy is pretty delicious and beautiful!! Interesting for children. Like and adults. "Oriental sweets" chickpea and dried fruit. Healthy, delicious-what more do you need?! Fruity-coconut candies and cookies
92 - - -
Banana, coconut, dates and cereal - that's all you need to cook this dessert. Can bake - get a cookie - or bake - there will be candy. Tasty, healthy food without sugar and other "Utyazhelitel her" - what could be better! Candy Salyut
245 5 30м -
Candy white chocolate with dried strawberries and cashews. To do simply and quickly, and it turns out very tasty and looks impressive. Honey nut candy
110 - 40м 8
I want to offer You a Cup of tea very delicious, rich nutty candy with a honey finish. Slight bitterness of the cacao accentuates the sweetness of the candy.
More recipes