All recipes » Cakes » Dough » Other products Kouglof. Today, I want to buy you pastries. And for that, we will go to Alsace. Sweet yeast brioche "Kuglof" almost is the hallmark of this region. Bake it on various family holidays and for Christmas and Easter. Recipe Kuglof passed on from generation to generation, but the girls are definitely supposed to have in its given form for baking. There are many legends about the origin of this brioche. One of them says that Kuglof came in the Alsace region of Bethlehem. One of the Magi, returning from the Holy cave, lost his turban, which was picked up by one of the Strasbourg Baker - some Kugel, which is baked in the brioche. This brioche and was named in honor of Baker. 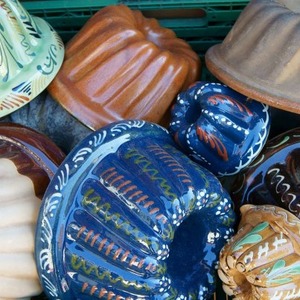 Baking Kuglof should be round, with a pipe posredine, and in Alsace believe that it should only be of enameled clay. In Strasbourg there is even a Museum dedicated forms for Kouglof. I perfectly do metal. Also quite suitable form cake pan. 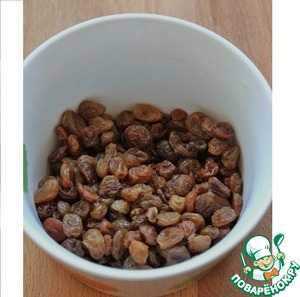 Soak raisins in warm water for an hour. If the brioche is meant for adults, to water you can add a spoonful of rum. 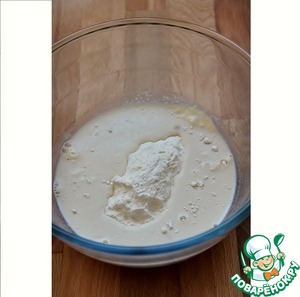 Prepare the sourdough. Dissolve the yeast in 100 ml warm (not hot!) milk, add 100 g of flour, stir and put in a warm place to rise. Should be a cap, and to increase in two times. I went for about an hour. 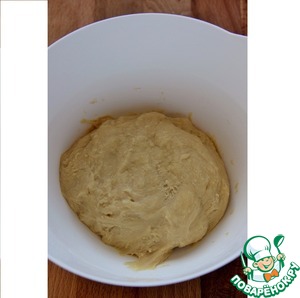 Of the remaining flour, salt, sugar, eggs and 100ml of milk knead the dough. Knead to have 15 minutes So it is saturated with oxygen and becomes airy. Honestly, I have enough for 7-8 minutes, then I pulled out an old food processor and gave dallasi kneading him, he did great. 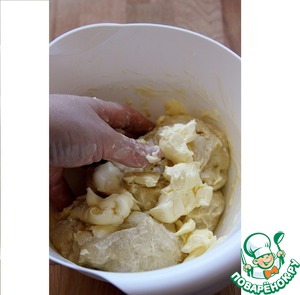 Then add the butter, cut into pieces, and start to drive a right hand. To do exactly the same movement as we whisk. 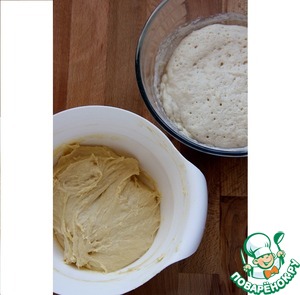 Then mix the dough with the dough, which has doubled. 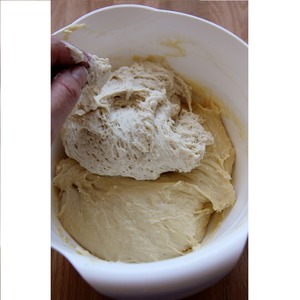 Knead until then, until the dough will not lag behind the walls of the container. 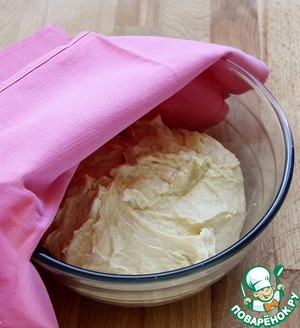 Cover with a cloth and put to rise for an hour in a warm place without drafts. 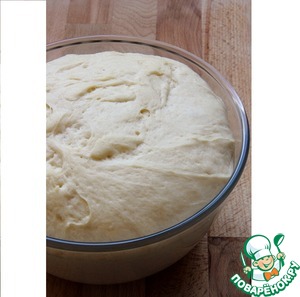 It took a little over an hour. 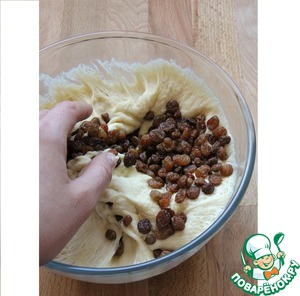 After an hour the dough to flatten, add the drained raisins, mix well. 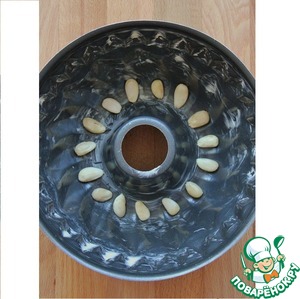 Form to kuglof abundantly lubricated with oil and at the bottom of each groove to put in a purified mindlike. How to peel almonds, can be viewed here http://www.povarenok .ru/recipes/show/669 47/ 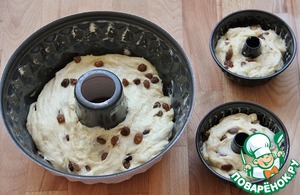 Put the dough on top of the almonds and put in the delay, until it reaches the edges of the form. 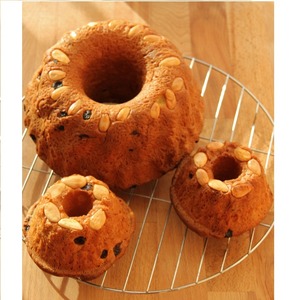 Bake in a preheated 180 g of oven for 50 min. If you see that the dough is much Browns, cover it with foil. 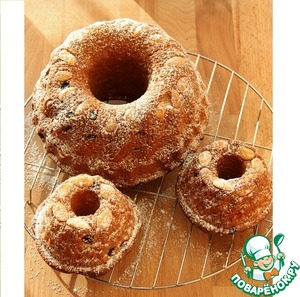 Carefully remove from the mold still warm, to cool and sprinkle with powdered sugar. 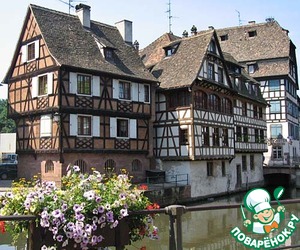 And here is the town from which hails Kuglof - Strasbourg. 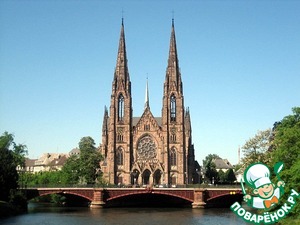