Buckwheat with meat and cracklings in a pot Ingredients for Buckwheat with meat and cracklings in a pot 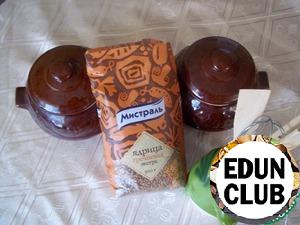 Going to cook buckwheat porridge with meat and bacon in the pot. 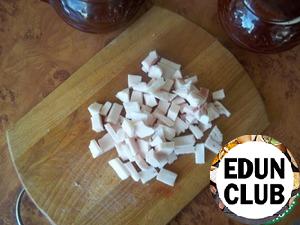 Fry the bacon until receipt of rosy, Golden greaves. 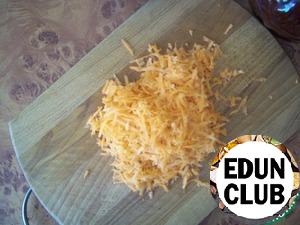 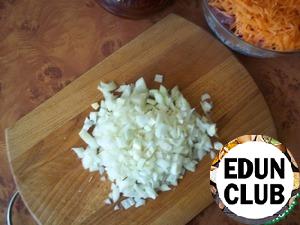 In pots put the meat with vegetables and pour 0.5 cups of boiling water. Remove the pots from the oven. The oven does not turn off. Put in pots rinsed buckwheat. Add another 0.5 cups of boiling water in each pot. In each pot, put salt, fat, which was melted when it was fried. Put dried Basil and bell pepper. Mix well. Ragout of kidney beans in a pot
92 - - -
Vegetable stews of beans and vegetables. Is it the highlight is the Borodinsky bread crumbs in the sauce and on the crust! Julienne baked vegetables
110 - 60м 2
Familiar to us zhuleny look very original baked vegetables. In addition, with vegetables this dish is more useful. If you can't find round zucchini, a normal, oblong, cut into five-centimeter bars, remove the pulp and fill Julien cylinders. Rice with vegetables in a pot
83 4 60м -
This dish is to cook simple. Try it and You will see that it is really easy, very tasty and satisfying! Fast from Moulinex Chicken with string beans in pots
125 - 60м 6
Beans -- a rare guest in my menu, usually soup made from beef and a ready beans in tomato sauce from the jar. I decided to try something new and, as a result of viewing several recipes, came up with this dish. Quick, nutritious and very tasty. Go to the first and the second. Dumplings in the pot with vegetable sauce
171 - - -
If the freezer has frozen dumplings, you can quickly prepare this dish. A minimum of effort, but it's delicious. Parmesan with meat and vegetables
75 - - -
Very tasty and hearty dish. It perfectly combines vegetable and meat flavors. Italian food adapted to the Russian cuisine. For the contest "Autumn tango". Halibut baked with buckwheat
71 - - -
Always interested in our Northern dishes are new to me Pomeranian dishes. I loved the book L. A. Cheremukhin "North kitchen". The Foundation took the recipe from this book, and instead of buckwheat groats used buckwheat flakes. Pomors loved to bake flounder or halibut with crumbly buckwheat, barley or millet porridge.
More recipes