Very cool combination of garlic and sugar. The sugar makes the final product in a jam, potatoes under the meat as a separate dish. Recipe found on the website "Good food" from the Marina of Vitas. Stated optimum proportions. Doing the second year, all happy. Prior to this, the ratio of ingredients were selected according to taste: sweet, that vinegar a lot... the only negative was the smell when cooking the marinade (salamuri))) Red pepper wash, sort out. In the original recipe for 10 kg of the marinade (the salamuri) is two times less, but from my experience it extends the process and not always in the container get put the peppers as tightly as possible. And the voids between filled with peppers salamuri, which entails greater expense. But for me more important time: the more salamuri, the more time pepper can be boiled)) 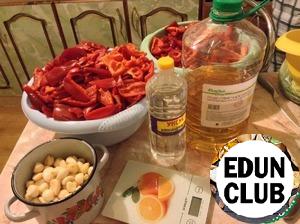 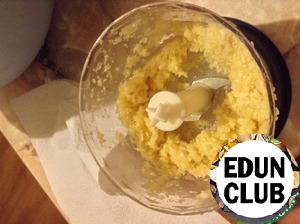 Garlic passed through a garlic press or like me, grind in a blender. In the cauldron, put the garlic, sugar, salt. 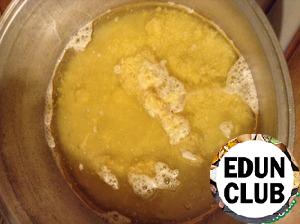 Instead of jars I use a bucket (for food). It is easier to add layers than in the Bank)) 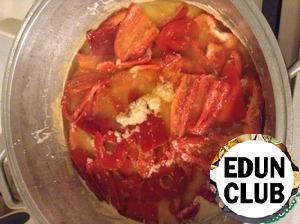 Cleaned and sliced pepper to throw a zhmenya in boiling salamuri.
Salamuri should not boil! and it will boil faster than over the pepper, and the garlic begins to burn, which is not desirable! - this is important! ie salamuri have to boil on maximum heat. 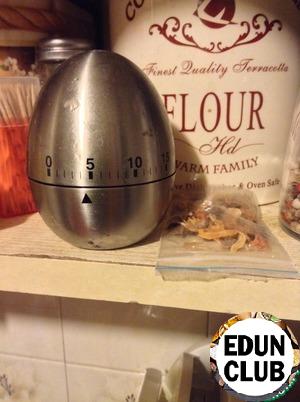 ... and put in a clean, dry, warm jars or what you use))
Banks to sterilize is not necessary. Pepper should be compacted so that the flowing salamuri has risen to the top of the banks (for this suggest - when the Bank is filled by 2/3, cut the pieces of pepper into even smaller pieces and lay the outer side up - then it is easier and tighter fit - with a fork press down if necessary).
When the whole pepper is laid out, I add a little vinegar - this volume of 70 Gy (love pokola), but not necessarily!
Through the day try and decide for yourself. Add never too late))
Full jar resealed and put on the lid to cool under a blanket. Fake capers
98 - - -
Pickled buds for vegetarian food, gourmets and lovers of experiments. Do not worry, and think about their use. Vinegar with black currant and thyme
74 - 60м -
This vinegar is extremely soft and flavorful. Perfectly suited to salads, to cheese, it is the perfect base for different stations. Can be prepared from any fruit, especially now is the season! Watermelon pickled
78 - 30м 1
Want to share a recipe for pickled watermelon since it is no longer enough conscience to taste them in the narrow circle of his acquaintances. Watermelon is so good that I even decided to register on the site, in order to tell the recipe for the lovers of the berries. I read all these recipes provided on the website, they seem to be similar. May I suggest my recipe, which is more than 50 years of use in our family. Pickled watermelon is an alternative to fermented entirely in barrel. So my recipe is extremely close to the desired taste. How many liters arbusto I is not preserved, always have a bottle of "putting all the" to get it for new year's table. Can't upload photos. As soon as the season of watermelons, be sure to document the process and show everything in red and green colors ). Cherry marinated
103 5 - -
A great snack, addition to salads. In General, very tasty and a must for your autumn and winter salads and decorations!
More recipes