Apples are one of the best fruits for jam. They have a lot of pectin, and this polysaccharide is produced of natural substance. But in order to distinguish it from the apples and to marmalade, Apple jam cooked. And, oddly enough, the correct method of preparation of Apple jam is the most simplest. And the taste of this jam is the best. So, it's simple. You will need: apples, sugar, enameled bowl, gas oven and 10-15 minutes of slow work. Nothing more. No water and hemorrhoids. Apples can any of our Northern varieties: sour, sweet, small, large, any color. Grades can be anything you like. If more red apples, the jam will be darker; if it is more yellow-green apples — lighter. I tried to cook varietal jams, but a special sense did not see: any of the class nor the boil, is obtained at the output is something very similar in taste. 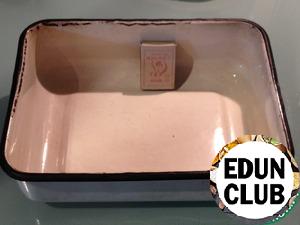 A bowl of this. Not necessarily this specifically, but the point is that at the bowl was a large area of evaporation. That is, it should be not very deep and with a large area. The skin is not removed. Apples cut with a knife into random slices with a thickness of approximately five millimeters. Literally this size, of course, is not respected. Importantly, it should rather be a plate than cubes. If too lazy to slice them rolled into neat slices, it will be worse. A smaller contact area and the thicker pieces will cause a bad fusion, and jam, get either a little raw or caramelized apples cook too. After 25-30 minutes take out the bowl from the oven and see whether the apples juice. Well, the first inspection is to give and 20 minutes. When the juice will cover the bottom, all blackmass mix so that the dry sugar was, and put it in the oven again. But now just remove the heat until about 220 degrees. Now to the apples fit in somewhere every ten minutes to look at them and once again mix well. After another peremerki you can try a spoon if sugar is not enough, add a little. 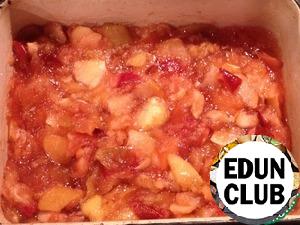 How long to cook? — and this, unfortunately, will have to define "by eye". It is important not to overcook — at some point, the sugar begins to caramelize, and the jam will be thick, overcooked and therefore not very tasty. It is best when the juice is all evaporated, and ablecommerce all covered in a beautiful foam. In this state it will look like foam, jelly, but at the same time will be enough liquid with stirring. But really you need experience will come with the second bowl of jam. So, even if for the first time, a little mistake, this time is likely to be and the last failed. Remember that jam when cooled will thicken, so hot it should be fairly fluid. To spill into the banks it is not necessary to cool — once hot and expanded. Sterilize jars not needed — just clean. Apple jam is almost never sick and is not moldy. 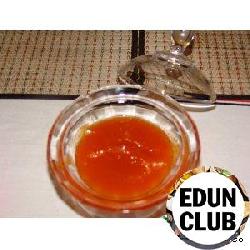 Pumpkin jam
208 5 160м -
Jam this is my contribution to the "pumpkin collection" on the website. Fragrant, very well with cheese and products of cheese (casseroles, maniki), and just bread for Breakfast. Apricot jam with oranges
214 - - -
Don't know about You, but I love this jam, it my favorite and believe me, oranges in it play not the latest role the taste. So I suggest Everyone to try to close a couple of jars and indulge in a cold winter evening, a Cup of tea vprikusku with a delicious apricot jam with oranges. Apricot jam
63 - 30м 3
Apricot is bright, sweet and delicious jam, which is loved by everyone. Lemon marmalade
270 - - -
What could be better for Breakfast a Cup of hot coffee and crispy toast with a fragrant sour and sweet lemon marmalade? Plum-Apple jam
285 - - -
The combination of plums and apples is not new, but my jam is that the fruit cooked without skin, flesh only. Training a little harder than usual, but in the end, a homogeneous and delicious jam. If You are interested in this method – go! Jam, Basil
197 - - -
I'm a fan of Basil, especially the green, the smell is just unreal. This recipe I found on the Internet and, of course, could not pass up. This jam can be served with cheeses and cold cuts of poultry. And also you can use sauces, sweet and sour dishes or gravy (juice from the roast). I invite you to enjoy a Sunny, delicious and flavorful jam!