"Oatmeal, sir" – immortal phrase of John Butler Barrymore from the movie "the adventures of Sherlock Holmes and Dr. Watson" series "the hound of the Baskervilles", played by Alexander Adabashyan. His participation in the film Adabashyan recalls with pleasure. Especially the porridge, which he with such feeling laid out in this film on the plates to the young Baskerville and Dr. Watson. According to Alexander Artemovich, porridge, which is specifically for the film boiled assistant props were so delicious that at the end of the filming the pavilion brought another pot for the whole crew. Barrymore Adabashyan believes his star role. The famous phrase: "Oatmeal, sir!" became his trademark. This real oatmeal! Help yourself!!! 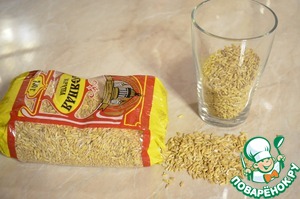 Pour boiling water for 10 minutes, drain the water. (preferably the cereal soak overnight in cold water, so it will be even better be soft after boiling) 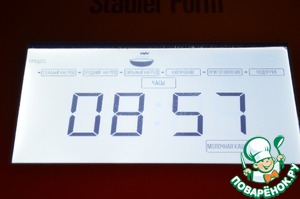 The porridge I cooked in multivarka on mode "milk porridge", in the bowl multivarki add the oats, milk, a pinch of salt and 1 tablespoon sugar. 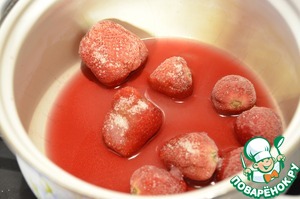 Until cooked porridge, make the berry sauce.
In a saucepan put the frozen strawberries, pour the wine, add 2 tablespoons of sugar and ovarium on medium heat for about 10 minutes, stirring constantly. 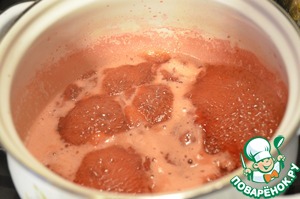 Include porridge with berry sauce and decorate with almond petals (optional to mush add a piece of butter).