Surprisingly tasty and juicy pie! And very satisfying, not much to eat!

Ingredients for Meat casserole with eggplant

Step by step instruction of cooking Meat casserole with eggplant 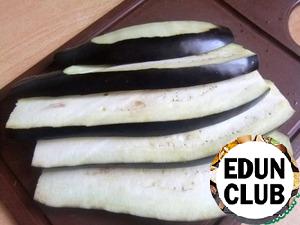 The cooking time is indicated without time baking. Cut the eggplants lengthwise, into strips the thickness of a finger. 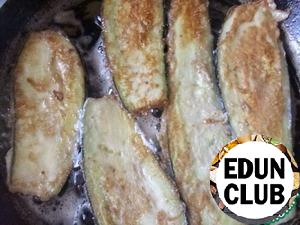 Dip in eggs beaten with a pinch of salt. Fry in vegetable oil on high heat until Golden brown. Stir-fried very quickly! 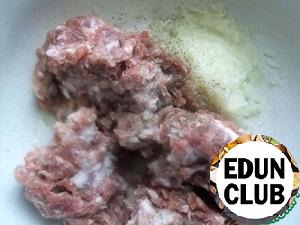 Season the mince with salt and pepper to taste, mix with grated onion. Add the milk and thoroughly stirred. The meat should be very juicy. Tomatoes and potatoes cut into slices. 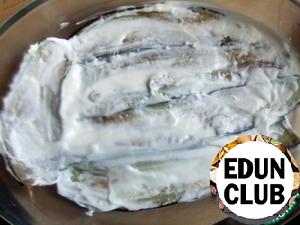 On the bottom of the form put the eggplant next to each other. To grease with mayonnaise or sour cream as like. If you are using cream, then you need a little salt. They evenly distribute half of stuffing. Grease it with sour cream. For stuffing to put one layer of potatoes. To prisolit to taste and pepper, if desired. On top of him to distribute the remaining meat, grease it with sour cream. For stuffing put tightly without any gaps eggplant. Spread them with sour cream. On top of slices of tomatoes, prisolit a little bit. To put bake for an hour and a half, depending on the oven at 200 gr. It will stand out juice, but then it gradually boils away. Then remove the pan from the oven and sprinkle with grated cheese. Bake further until Golden brown.

Casserole "sundries"
92 3.5 - -
Tells the story of this dish. I had the lasagna sheets. Only 6 things. A lasagna to cook. But I wanted something tasty to cook. Saw on the Pillsbury recipe where the leaves are boiled and wrapped in sugar filling. I think I will make so. But it turned out quite differently... Casserole "Slim"
59 - 40м 2
This casserole will satisfy the appetite, and preserve a slim figure. And it is also suitable as a side dish for a more hearty lunch or dinner. Air rice casserole "Fantasy"
83 3.7 60м 6
Very simple ingredients, quick cooking (and if you already have cooked rice, then do a snapshot!), interesting taste. Why fantasy? Yes, because inside casseroles you can put the ingredients to your liking! I borrowed this beauty from the forum say7. Baked oatmeal "Sunny mood"
64 - - 5
- What's that awful howl, Holmes, the hound of the Baskervilles? - No, sir Henry, fed with porridge... :) of Course, in every joke there is a share thing, but I want to note that oatmeal oatmeal strife. If Your child does not like porridge, or You decided to diversify your Breakfast or afternoon tea in the post, suggest to use this recipe. This dish is something between regular porridge and a delicious dessert. From pluses: the lack of refined sugars and gluten, a small amount of oil. And the taste is something incomparable... spicy Soft dough, with a pleasant citrus note and a crisp, rich walnut-caramel crust create the perfect tandem. Casserole a La "Kroshka-Kartoshka"
91 3 80м 8
Recently had a bite in "Crumb-potato" and came home and had the idea of this dish! Simple and delicious. Casserole of cauliflower and pasta
52 - 25м 6
This recipe I saw in the TV show "dinner in 30 minutes" with Jamie Oliver. And decided to cook, turned out very tasty.

Casserole of bread "the Shapoklyak" melt in the mouth
64 4 - -
A good and simple way to finally get rid of the old boring bun or loaf. It turns out flavorful and very soft! The idea a long time ago taken from a friend (so long ago that not even remember from whom)))
More recipes