This dish is impossible not to love... And how many kosher options and it is not very did not exist, I'm willing to improve and experiment with him forever. 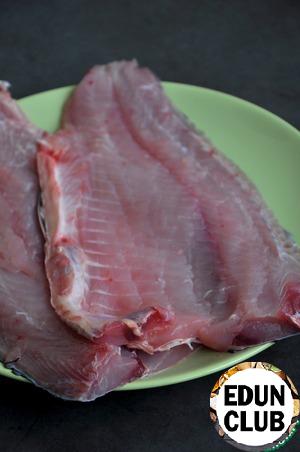 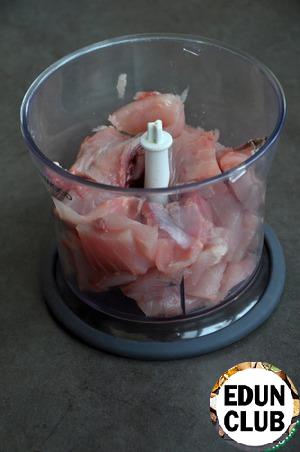 To shift the sliced fillet in a blender, grind at high speed to grind small bones. 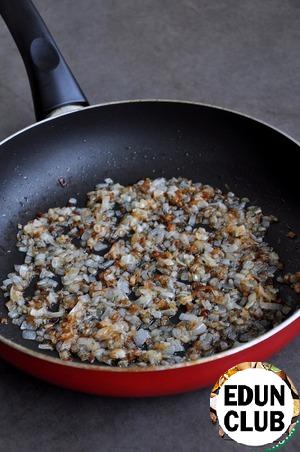 To shift the stuffing in a deep bowl. Add 3 tbsp of semolina or semolina. Separate the yolks from the whites. Add the yolks to the minced meat, pepper, salt, add fried to a Golden bow. Mix gently. Adding a little protein, carefully to mix them in the stuffing. Thoroughly but gently mix the stuffing with beaten egg whites. This will enrich minced fish with oxygen and make it airy and very juicy. Foil folded in several layers, covered it with bacon overlap. Fish skin cut into two pieces, covered it in bacon. Place a layer of forcemeat, roll with foil in roll. Tightly wrap the foil, place in a baking dish, pour 1 cm of water and Bake at 190* for 1.5 hours. 15 minutes before end of cooking, to deploy the foil and allow the loaf is slightly brown. To get the loaf out of the oven, completely cooled, cut into thick 1cm. To serve garnish with herbs. Tartlets with herring and egg
43 - 60м 8
Christmas table is rarely complete without a salad "Herring under a fur coat". I want to offer another version of this dish. Snack in verinag with a delicate herring mousse
61 - 20м 6
Offer another option for convenient spectacular festive snack of herring.

Herring marinated
56 5 - -
For lovers of salty herring. Very tasty with different spices, it turns out the spicy fish. Salmon tartare on rye bread
127 - 20м 4
Continuing the theme of new year's appetizers, I decided to prepare the tar-tar of salmon, with feeding on a slice of rye bread. Turned out very tasty, fast, and on the table looks very bright. Another advantage of this dish we find the absence of mayonnaise. Well let's start
More recipes